Monica looked at me. This was an important moment. We were in a restaurant on Circular Quay, and I’d just demonstrated the awesome power of the Dom’s Command Voice. At least I hoped I had.

Monica moved her hand to the button of her blouse just below her breasts. “When I make a suggestion in hypnosis, people just do it if it seems like fun. You probably want me to say something like ‘Yes, Sir,’ before I do as you say.”

I shrugged. “It’s up to you. Whether it’s hypnosis or Domming, it only works if you want to do what you’ve been told. I haven’t told you to say anything in particular.” 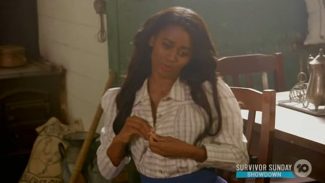 She nodded, then undid that button. Then she shrugged her shoulders too, but deliberately so the shirt pulled open a little, revealing her solar plexus and the inner slopes of her breasts. She wore a white sports bra. She didn’t say, “Yes, Sir.”

She smiled, as if she’d managed to obey me but still won. So I reached forward and touched that place where her rib cage joined, my fingertips against her firm, slightly sweaty skin. I ran a fingernail very lightly, up to the bottom of the bra. She goose-bumped. Her left nipple, though oddly not the right, was slightly more visible through the bra and her shirt.

I wanted to squeeze that not-erected right nipple, to teach it its business, but we were in a public place. I said, “Now you say, ‘Yes, Sir.'”

Her eyes widened. It is, of course, a hard thing to say, especially the first time, when it concedes so much. But she was turned on. She would only do as she wanted, but I hoped that her wants had expanded. It occurred to me that we would get a taxi soon. 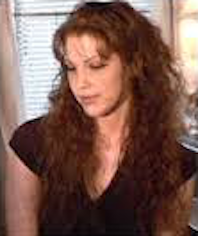 I wanted to smile while I watched her consider what she wanted. It seemed that she wanted me, as I wanted her, but that having me would come at some cost to her dignity. So I raised my eyebrows, to show I was being kept waiting. She blew her breath out through pursed lips. She looked into my eyes and said, “Yes, Sir.”

I said, as any Dom will when hearing that, “Good girl.”

She smiled. “‘Good girl?’ Is that supposed to make me feel good? A little dopamine rush?”

“You could build it into your act.”

Then she frowned. “But what happens if I’m not a good girl?”

“Oh, I thought you knew. I smack your bottom. Hard. Repeatedly. It’s quite loud. It’s called, ‘Monica gets a spanking.'”

“Jesus fucking Christ.” She glanced around. No one was watching us in particular, but there were a lot of people around. “Here?”

5 thoughts on “Monica at the restaurant”