We woke up in mid-afternoon. 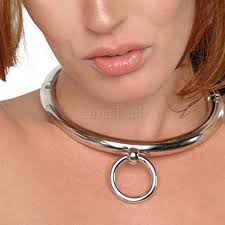 We hadn’t known each other very long. And yet the sense of rightness, with enthusiasm, couldn’t be ignored. So I looked at Monica, trying to stay serious, “I’d like to give you a collar. It means – “

“I know what it means. It’s like Change of Ownership Papers, for a car, or deeds for a house. I wear a collar to show I belong to you. And you can whop me if I forget to call you Master.”

“I suppose I’ll have to work out the rules, for you. But yes, that’s one of them.” I looked her in the eye.

“Better. Anyway, we have a shower, we go to Newtown, we eat and then I take you to meet a friend of mine.”

In Newtown, after tom yum soup, we climbed the steps to Silverworks. It wasn’t really a shop. It was Kaatia Sorenson’s workshop, where she made delicate, arty silver thong. She’s submissive herself – we’d once, long ago, played together, but she likes things that cut the skin more than I do, so we didn’t follow up on it – and so she knew what I meant when I said a day collar.

The idea is that it has D/s meaning, but the only people who would correctly read it as announcing Monica’s enslaved status were also depraved enough to think that that was nice and they hoped her Master was good for her.

So Kaatia told her she was obviously a good girl, and fortunate, and with my permission told her to kneel. There was no need for the kneeling, of course. That was purely to help Monica feel that something symbolic, solemn and out of the ordinary was happening. While she measured Monica’s neck she asked me, over Monica’s head, whether the girl should be able to remove it.

I said no, of course. Then we considered the options of solder (a bit risky, because the whole collar will heat up), or  a small lock. I chose the lock and stroked Monica’s ear. “Head down, little one. Look at your knees.”

Monica said her, “Yes, Master,” in her littlest voice. The ceremony was reaching her, psychologically. Kaatia winked at me, and we exchanged smiles.

I chose a simple, slender silver band, with an inscription very personal to Monica and me, to be on the side that touched Monica, and invisible to outsiders. So personal that although I’ve said a lot of things, I’m not going to reveal it here. 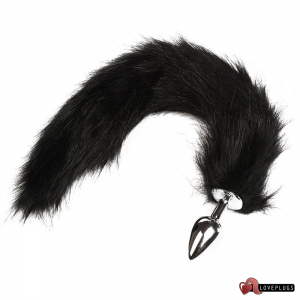 Once Kaatia has a sketch that represented what I wanted, I signed a commitment to purchase.

Kaatia said, “It’ll take me about two weeks to get to it. There’s a lot of on. But I’ll call you when it’s ready. Congratulations to both of you.”

I helped Monica to her feet, and said we had to shop for a leather collar, for when we were alone together, and cuffs and some other things.

Then I took her to my house. Astonishingly, we’d been together for such a short time that she’d not yet seen it. But I let her in the front door, and once I’d turned some heaters on so Monica could be comfortably naked, we set about exploring and discussing our new life.

3 thoughts on “Monica and collars (the end)”