Emily had just declared that she wanted to be punished. It sounded like an oath to me, so I added, “Being of sound mind, ekt.” 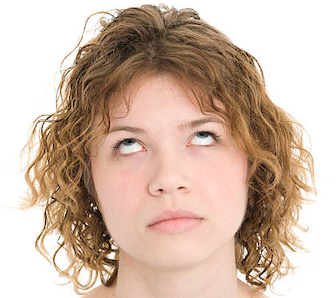 Emily looked, for a second, up at the ceiling. “Oh, utterly sound mind.”

“Ok. Look, as far as I’m concerned, there are two things. You shouldn’t have let me wait till three in the morning before you called me. I’m going to punish you for that. So that’s, um, ten strokes tonight, for making me worry about you. Whether you were ok.”

She nodded, silent. I did some counting. “So you’ve got twenty-two strokes, over two days, and I think I’m being lenient. If it hurts, and I’m going to make sure it does, you’ve got it coming.”

Emily nodded again, thoughtfully. She said, “I guess I do.” I’d given her more strokes than that before. It was on the severe side, but it wasn’t outlandish. I hadn’t mentioned infidelity, having sex with fucking Marty. Fucking Marty. That was on both our minds but we didn’t say it. We were both influenced by versions of feminism, in which jealousy was one of patriarchy’s darkest and most dangerous corners. We were trying to be cool about that. She said, “I suppose. I suppose that’s fair.”

“And you lied to me. That’s more. One more day. Another six.” That was cheating, increasing the number after Emily had agreed. But I’d said it without thinking, and once it was said the rules seemed to say that I couldn’t go back on it. I’d have to remember not to do that again. “So that’s what it’s going to be.” 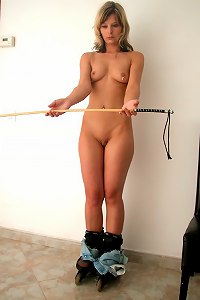 “We start right now, Emily. Go get the cane. Bring it to me.”

Emily gazed at me, then nodded without speaking, and left. It seemed she didn’t call me “sir” when it was real. The canes were in a cupboard with other toys and tools in Emily’s room. She returned holding a thickish length of rattan, about four feet long. But she didn’t immediately offer it to me. “I don’t have to take this if I don’t want to.”

She meant to say that she was reaffirming her choice and her consent, but I misunderstood her. “No, you’re right. You don’t have to.” That was the right thing to say.

Then I said, “But you deserve it, Emily. You really deserve it.” That wasn’t so good; I’d thought that I wasn’t going to be a bully.

I followed with worse. “Emily, you lied to me. And you fucked that – you fucking hurt me, Emily.”