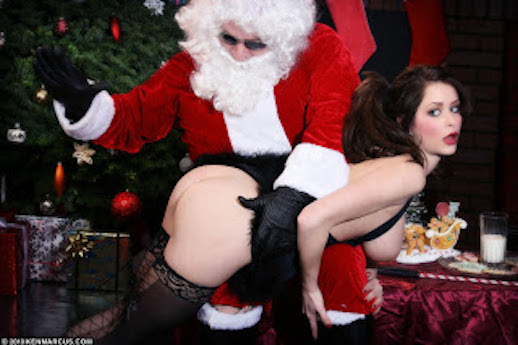 This picture illustrates some of the unease I’m feeling about Christmas.

The people are having a good time, or they would be if the picture wasn’t so obviously posed. The woman has a luscious body, and a pretty, rather sweet, face.

But it is posed, and the fact is, no picture with a guy dressed as Santa Claus in it can possibly be sexy. Not even if he’s wearing shades. (Though if I were wearing a Santa Claus outfit I wouldn’t want anyone to recognise me either.)

So it’s meant to be cheerful and sexy, and really, it’s just tacky.

I had to go shopping yesterday, and “tacky” is definitely the word for the village during the run-up to Christmas. The trees looked better without baubles in them, and I’m confident the shop assistants would look better if they didn’t have to wear foam rubber reindeer antlers. 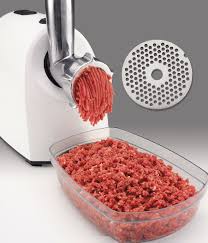 I part reindeer, 1 part tycoon: mix well, then throw away

And, speaking of tack, there’s Christmas music. I was in a bookshop when they put a jazz version of “God rest you, merry gentlemen” on their PA, and words can’t describe what a skin-clenchingly vile experience that was. It was a pity, because I was looking for a book. But once that music started happening I had to get the fuck out of there, toot sweet.

Any version of “The Little Drummer Boy” has the same effect. As for Rudolph the Red-Nosed Reindeer, I wish him the same blood-gurgling fate that I wish on Rupert Murdoch, and it ain’t pretty.

And behind all that, there’s the deeper meaning of Christmas: monotheism, patriarchy, the often murderous alliance between the big churches and authoritarian governments, hatred of people who believe differently, hatred of sex and the body, and of gays, lesbians and, also and to a lesser extent, of perverts like me. I like all of the Jews, Christians and Muslims I know personally, but if belief in Judaism, Christianity and Islam could just go away, immediately, that wouldn’t be a moment too soon.

At the same time, last night there was duck with cherry sauce, and wine, fruit and ice-cream, and a pretty girl showing me the ladders in her pantyhose. Friends announced that they’re going to make a baby in 2017. I volunteered for baby-sitting duty. Everything flowed, beautifully.

First thing tomorrow morning (it’s Christmas eve here) I’ll call my dad and tell him I love him. (He’s deaf, and he doesn’t live in the world any more. So even if he hears and understands me over the phone, he’ll have forgotten five minutes later. But that doesn’t matter at all.) And I’ll call the rest of my family.

Then I’ll talk with my girl, who has the audacity to be spending the day in a different country. Once we’re in the same room, I’ll be severely reprimanding her for that. And maybe that’s when my Christmas will come, and her, and me.

Personally, I had a good 2016, with love and writing and other good things, but I appreciate that for most people 2016 has been a shit-rain of monumental proportions. So that colours my perception about the year’s end as well.

But there’s still life and love, and friends, and excellent things including duck and pinot noir, and thighs bursting out of the rips in their pantyhose (and/or whatever turns you, reader, on).

I wish you all a wonderful few days, with people you love.