[Gem straightens her legs, arching her bottom up a little further. She says nothing, since that movement said everything. She’s back in the moment. Jaime steps behind her and puts his feet between hers. He put his right hand on her hip and moves forward so that his erection noses between soft skin, the little gap at the top of her thighs, under her buttocks. Gem sighs, and moves her left foot so that her thighs are a little further apart. Her bottom presses back against the front of his thighs.]

[Gem holds the head of Jaime’s cock between soft, damp girlskin. She is very aware of how close he is to her cunt, how wet she is, and how easy it would be for him to move into her. She knows Jaime’s aware of this too. She can feel him shaking slightly, with the effort of not entering her. He leans forward, letting her take more of his weight. She raises her body a little when she feels his hands under her arms. He holds her breasts, still teasing her cunt, keeping his cock just, just out of her. Gem doesn’t expect that he will be able to stay out of her much longer.] 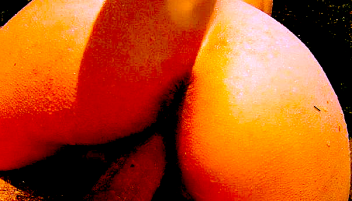 [Jaime pinches her nipples, not very hard, then again in fond farewell. he reaches under her belly, and strokes until she moves again, riding his hand. Time passes, timelessly, while Gem rides Jaime’s hand again, her thighs softly holding his cock.

[From her breathing he feels that Banbury is near; his fingers tell him that Banbury is wetland. Once he allows the upper side of his cock to press up and touch her lips. She pushes back immediately, wetly kissing his cock and trying to get it inside. But he does not enter. When being so close to her cunt becomes dangerous he moves back a little, but puts four fingers inside her cunt to compensate.}