So the Corrs went sashaying off to entertain some dude they’d said was way like me. But dude totally wrote poetry. That seemed most unlike me, even ignoring details like him liking his poems with fake blood on them, which is way more weird than fully. Also, apparently he’d stop with fake blood spatter and the Corrs getting naked, so he clearly has no dick. 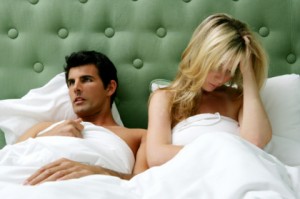 Not tonight. You seem to have a headache.

But just then I could in no wise despise that fool, because my dick was likewise, like, totally floppy. This is something that is normally not appreciated, though it was approved of by elderly librarians when I was at school, but not so much liked by chicks. Present a chick with a dick that’s doing nothing and a “nothing doing, sister”, and much female understanding, support and sarcasm can flow and ensue. A friend of mine totally told me.

But there I was, as deflated as the Save Ferris balloon, fully deflated, dudes and manettes, but the Jaime-Bob dick seemed to be absolutely as popular as it ever has been. Ever.

So I was, “Hey chicks, Warpaint and also Dixie alike, this is like a fully soft cock, which is not the most triumphant tribute to your beauty, yeah? Or not?”

So I was, “Chickettes, I fully don’t get why you’re baby-talking my dick like you thought flat and squishy was the new hard. It mean, stick a feather on the end and this dick’d totally look like a party tweeter.”

And Theresa Warpaint’s nipples went all, you know, bulletty. And she was fully, “But Jaime-Bob, party tweeters are hot. Also fandoozles. Party horns. Flid-whistles. Squeakers. Blow ticklers.” And she waved her hand in front of her guitarlicious tits, like to cool down.

And Natalie Dixie was, “And party tweeters, yeah. Hooo. Even the names are getting me way hot.”

And Jenny Lee Warpaint went, all sultry if that’s the word I think it is, “And wet.”

And Martie Dixie was, “And wild.”

And Stella Warpaint put her finger in her mouth and then pointed it at me. “And wide.”