When I was at university, in my third year, I had sex with a student who was in her first year. I’d met her a few times at the Students Association, and found that she was funny, flamboyant, radical, and one of the few people I knew who’d actually read a lot of books that weren’t bestsellers.

One day she was down about a fight she’d had with a friend, and I sat with her to commiserate. We finished up pressing foreheads and holding hands. Nothing came of it because I had to go and work. But later that week there was a dance in the Students Association Hall, and she came wearing sparkly little pants and and strip of sparkly, semi-see-through material round her breasts.

So we danced together, and drank cheap student wine and smoked student joints. The ribbon round her breasts was slinky stuff, and tended to come loose. So from time to time we’d stop dancing so I could tie it back again.

Then we went and talked for a while, and in a dark corner we did away with that sparkly material altogether. And when it was clear that we were more or less fucking, and it was time to drop the less and do more, we sneaked off.

I had a motorbike, and (this is bad behaviour too) took her on the back to my place, with the sparkly material round her hair since she didn’t have a helmet.

But nearly ten years later, friends told me she’d lied about her age, just a little bit. She’d had to get special permission to enrol at university because she’d finished school, but she was only 15. So for the first six months of our relationship I’d been breaking the law, and fucking an underage girl.

Apparently there’d been scandalised gossip. But I never heard about it, at the time.

All the kids in my school had been trying their best to have sex before they turned 16, so that they could say they were sex criminals. I tried too, but ineptly, and when I finally made my sexual debut I was a boringly legal 16.

I committed a kind of quasi-incest, by shagging my sister-in-law, which doesn’t count, legally, and a couple of cousins, which doesn’t quite count either. Though it would in some countries, I think. Unfortunately, I didn’t fancy my mother or my sister, so I had to leave that law unbroken.

So my first reaction was shock that she’d felt she had to lie to me (because I’d have talked about it a bit more first, but it wouldn’t have changed the outcome), followed by surprise, and then a kind of stupid satisfaction: “Oh, I did manage to break that law after all.”

One thing I’ve never felt about it is guilt. As it happened I didn’t know, but it wouldn’t have changed much if I had. She was still an intelligent woman, still more worldly, in some ways, than I was (she knew wine, and how to behave at various formal events), and I reacted to the person I was with. I had no doubt at all that she knew her mind, and that if she wanted me then that was just my ridiculous good fortune. I still don’t doubt that, even looking at it with hindsight.

That doesn’t mean that I think there shouldn’t be a law. Just that it should mostly keep away from young people consensually exploring. 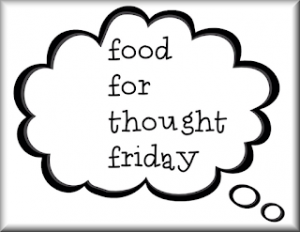 4 thoughts on “Food for Thought Friday: She was just fi-ifteen, you know what I mean”