Kat, from the Food for Thought Friday team asks:

What is the most foolish thing you have ever done in the pursuit of love or sex?

Her name was Kristina. I thought she was perfect in every way: long blonde hair, papa-shell eyes, a laugh like birdsong and a pretty nose. She was always immaculately dressed and she always had dry hands, which was unusual in a seven-year old. Pristine Kristina.

I was eight, and when I saw Kristina I wanted her at my side, to hear great plans and make some of our own. She might even kiss me. I started having ideas about deeper and more adult possibilities. I’d been shown a girl’s cunt, or two, and I had an older brother tell me that they felt really nice. So there was that to consider, too. Kristina went to my head.

But she hadn’t noticed me.

Well, I reasoned, I could fix that. I’d do something heroic that would display my courage and physical skill, and demonstrate my love for her.

At our school there was a thing for kids to climb on, with two enormous rope cargo nets fixed over a frame. The two nets met at the very top of the framework. So one day, when Kristina was climbing on the net, I bounded up as well. “Look!” I said. 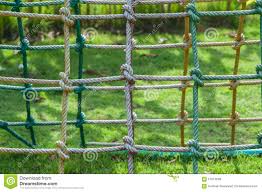 My precocious interest in ropes and knots, you see…

I wormed my way between the nets, until I was close to the top. I put my feet into the net’s holes, one on each net, and then let go with my hands so that my body hung down, head first into the bare clay, hard as concrete, a terrifyingly long way below me. But I held on with my feet, and didnt fall.

Some teacher turned up and yelled at everyone to get off the nets. Then he bawled me out. Apparently there’s a lot of paperwork if one of your pupils gets killed on your watch.

He wanted to know why I’d done it. I thought that if I told him I’d be bandying a lady’s name about, and I already knew that bandying is bad. So I claimed I couldn’t remember why. I cleaned many blackboards that afternoon, for the purity of my love.

Anyway, Kristina sidled up to me later. “You hung down between the nets!”

Well, I remembered that. I was glad she remembered, though. “Yes!” I said. And I started to say something about running away to join a circus, but she interrupted.

“When you were up there, hanging between those nets -”

“We could all see your willie!” And she laughed and skipped off, and never bothered to notice me again.

From that I learned … nothing. I learned nothing at all.

3 thoughts on “Food for Thought Friday: Fool for Love”