I‘m going to interrupt the Vampire Girl anecdote for a couple of days. Think of the gap as dramatic tension. 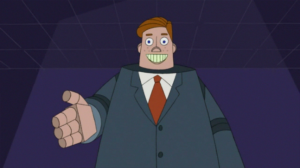 Don’t talk to the hand.

Perhaps it doesn’t really matter except for the comedy hypocrisy, because it seems reasonably clear that on November 6th Romney will win all the honours and powers that a Presidential Silver Medallist accrues.

* An Aaron Sorkin.line. But he used it at least twice, so I can use it once.