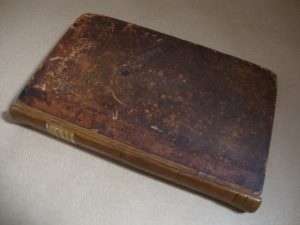 The Classical Dictionary of the Vulgar Tongue, by Captain Francis Grose.

In 1785 Captain Francis Grose published the first edition of his “Classical Dictionary of the Vulgar Tongue”. The book’s a useful collection of old, outdated slang. Gross claims he got most of the words by hanging out with soldiers.

The Dictionary is best remembered these days for Grose’s listing of “Cunt” and his definition: “a nasty word for a nasty thing”.

That looks horrifically misogynist, and it’s always quoted as an example of Grose’s, or more generally of male, misogyny.

I’ve started to wonder, though. The first issue, for me, is that the Dictionary of the Vulgar Tongue doesn’t really have anything else that comes close to the level of fear and hate of women, or at least their genitals, that definition seems to demonstrate. And it gives more space to thieves’ cant (language used by criminals) than to sexual words, So could Grose have been saying something else? 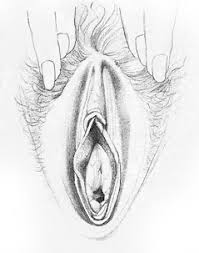 Nasty as she wants it to be.
(Drawing: Betty Dodson)

We know the word “nasty” has a strand of sexual meanings. It’s everywhere in rap. “Do the nasty”, meaning, “have sexual intercourse”, anyone? But “nasty” has sexual meanings in blues, too. Which takes it back to the 20th century, and maybe the 19th, in US black culture.

But it’s older than that. The sexual use of “nasty” may have re-entered non-black English from its preservation among black culture. It’s not uncommon for words to survive in one cultural group while they disappear elsewhere.

So we go back in time looking for early uses, and we don’t find much, because sexual words seldom made it into print, before the 19th century.

But it turns out that “nasty” meant “lewd” from the 17th century. 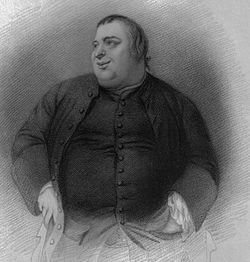 “Lewd” means something like “overtly sexy”, with a connotation of “slightly more overtly sexual than the speaker is comfortable with.” But the sexual meaning is clear. “Lewd” is always a compliment, in my book.

So, remembering that this meaning of “nasty” was in use from the 1600’s, and that Grose’s Dictionary of the Vulgar Tongue was published in 1785, it’s possible to see his definition in another way.

Was Grose making a sort of joke? “Cunt:  a sexy name for a sexy thing”?

If so, he was Winding Up The Straights. And We Fell For It.

1 thought on “Cunt as “a nasty word for a nasty thing”: a thought”