“You never really wore your skirt like that, did you?

“God no. We were so respectable. I wouldn’t have got past the gates like that.” 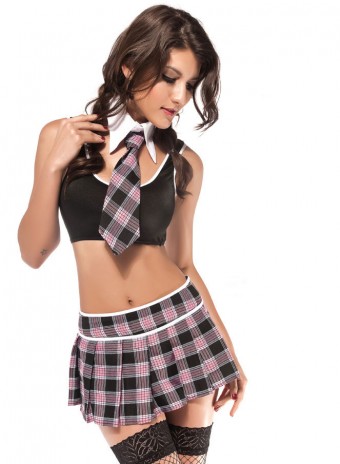 “Take up the hem? I had my old sewing gear in my bedroom. Since they weren’t letting me do anything else with my evenings.”

“Oh.” So she had been defying her parents while we’d stayed with them. In two widely separated bedrooms and near-constant supervision. So there had been a kind of solidarity. I wished she’d told me.

“And then there was the Dubbin. I felt very filthy using that.”

“Dubbin?” I remembered the tin of lubricant.

I’d been looking forward to buggering her with that. “I, uh, suppose you would feel filthy.”

“Rubbing it into that belt. It’s stuff for leather care. You rub it into the leather to make it flexible. For when you use it on me. You do know what Dubbin is, don’t you?”

We took the wine back to bed. Another thing I decided was that this sort of game, which was at once more playful and more serious than any of my previous experiences, was exhausting. I had a half-hard penis, and I had an idea that I should rub cold cream into Chloe’s skin, but I fell asleep without doing anything about either.

The next morning Chloe woke up softly affectionate, though not in a sexual mood. I was relieved to be cuddled, since I was always aware that regardless of what consents had been given and what the events had meant at the time, I’d set out to hurt her. I’d certainly succeeded. So it was a relief still to be loved.