It’s a sexually asymmetrical script. That is, it’s sexist. A woman is supposed to give subtle, non-verbal signals of her interest in a man. Things that seem obvious to her, that men hardly ever even notice. A man is allowed to show sexual interest more openly.

He can gaze at a woman, make compliments, stand close to her, try to make himself helpful if she’s doing something, talk and listen to her answers, and try to be clever and funny. He’s supposed to monitor the response, not that she has to make one.

If she frowns, freezes, calls someone else over, changes the subject to something dull, sighs, looks bored, turns away, then he should go away. But if he seems to be being smiled at, he can continue. Eventually he can touch her hand, or her waist or shoulder, though avoiding areas of the body that are marked as sexual.

If she seems comfortable with that “casual” touch, he might stay with that for a time. When it seems natural, which might be a minute later but it might be days, he can try to kiss her. He’s supposed to keep his hands somewhere neutral, and leave space to back out if the kiss isn’t well received. 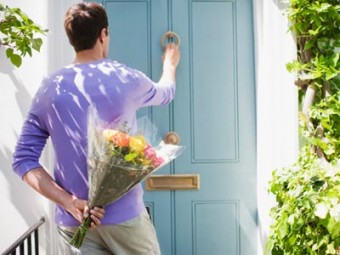 Ah, the universal language of flowers. Usually they say, “sorry, I spent the afternoon fucking someone else, and I feel a bit bad about that, so here’s some flowers.” Note: flowers mostly won’t get you laid, but they are good for whipping breasts.

She doesn’t have to say anything, because she doesn’t have to acknowledge that anything is happening. If she’s not pleased, she can withdraw her body, or her warmth, or tell him to fuck off. If any of those things happen he should say sorry and back away. If there are no signals either way, the man will probably pause, then move forward carefully. If he seems still to be getting smiles, then he can try for an open mouth kiss with his hand touching sexual areas: her ass, a breast. That also might happen seconds later, or days.

If that’s well received then sexual consent is usually assumed, though the man can lose consent by doing something stupid and off-putting. From that point the woman can withdraw consent, but she has to be explicit about doing so. That’s the version I was taught by girls and, I suppose, my parents. There’s another version of the script in which the woman isn’t allowed to withdraw consent once she’s shown any sort of keenness. It’s a script that doesn’t have much trouble turning rapey.

The man who’s advanced to this point and been accepted no longer has a moral right to stop. For a man to bow out at this stage, within this script, is nasty, hurtful and humiliating behavior.

These scripts are like dancing, because they allow creative variations, and some people can perform them gracefully while others are crap at them. Still, they’re based on the idea that women shouldn’t want and shouldn’t be able to show sexual interest or desire too quickly or easily, or too openly.

In the script’s harshest forms a woman only has the right to be silent or else to stop a man’s advance, and a man may have moved from eye contact to sexual touching with nothing more than her inaction as his indication of consent. The script maximizes opportunities for men and women to misunderstand each other and hurt each other. It seems designed to create misunderstanding. 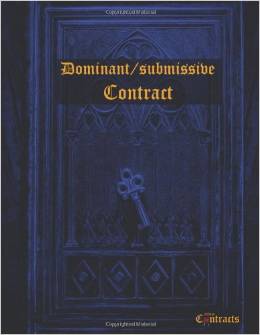 When I was a child, before I knew about this script, I’d assumed that men and women would be frank with each other about their sexual interest or lack of it. A woman or a man would plainly declare their interest and the other person would give them an honest and open response. If they were both interested, they’d talk about what they wanted and then get on with it, doing their best to find and give pleasure as they’d agreed.

What do people think?