A reader commented that my gratuitous damn pictures aren’t safe for work. I don’t think she was seriously complaining; it was just that a pic of a pretty girl having a shower had popped up on my blog, and on her computer screen, just as her tutor was looking over her shoulder. And so she was outed as a reader of mildly kinky erotica.

Anyway, I said I’d explain the rationale behind my use of illustrations. So here goes…

The first thing is that all of the stories I tell here are true, except where I’ve indicated otherwise. 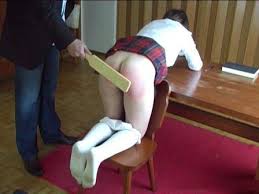 Nice little kilt, cute socks. But paddling should only happen to someone who has the right to choose not to be in a relationship in which she gets her ass paddled. So I’ll never paddle a real schoolgirl: only fake ones.

I wrote a “spanked schoolgirl” story for a woman who really liked that story-universe. But I’ve never spanked a schoolgirl. Never would. An adult woman in a little kilt is a different question. And in a recent story I borrowed an incident that’d happened with a different woman, and moved it into the story I was telling at the time. I think those are the only exceptions.

Qing is a real person, and so is Raylene. And so is Senimelia, Ana, Sa’afia, and so on. However, I’ve changed their names and anything else that might be an identifying piece of information, and I’m not going to use a real photo of them.

I look for photos that capture something of the way they looked, at least to me, but that are also different enough to misdirect anyone who actually happens to know the people concerned. I don’t quite know why I try for that kind of resemblance. It just feels right. But it can take hours, by the way.

Yeah, I know: “Like, what is Real?” asked Jesting Pilate. “What’s that even mean?”

A picture otherwise unlikely to appear on this blog

I prefer pictures – and women, in real life – who look “natural”. I know that straight men underestimate how much make-up it sometimes takes to make a woman look like she isn’t wearing make-up. I know that “real”, “natural”, and their opposites, don’t mean as much as we like to think. And “looks natural” means something very different from “natural”.

“Natural” is too hard to define, or recognise. That’s why I wrote “looks natural”. 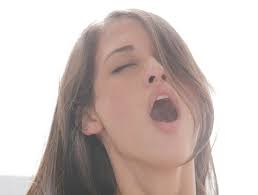 Anyway, I try to keep gurning, sex-related or otherwise, out of this blog’s Magic Toyshop of images. 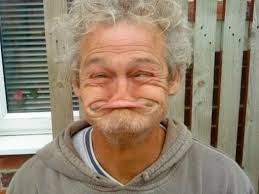 “Gurning”, by the way, is an Irish term that means pulling an extreme face to make the gurner’s head look very, very weird. It’s a kind of transformation that the heroes do, on a bigger scale, in many Gaelic epics. Anyway, gurning is a thing. They have competitions for it.

I don’t how long other people take to select photos. Anyway, I’m out of time for this post, but have more to say about images. So I’ll continue this tomorrow.

By the way, I had a great-uncle who used to go in for gurning competitions in the pub in his town, which had a lot of ex-patriate Irish. He won certificates for it, which was honourable if not profitable. To give a better idea of the type of guy he was, he also used to say: “Have a Great Day! Day, not Dane. Jesussss…” This will be his only mention in this blog.