I went to a school like this one [Maddie said], so there was very strict discipline. And I was a bit wild as a girl. 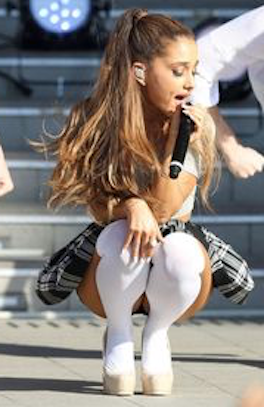 I used to truant a lot. Bunk off. Wag. Play hookey. Sluff off. I’d go into town, and hang around in my uniform, perching on things, and watching men trying not to look at my legs. Total strangers. I thought they were creeps, and I felt it was kind of hot. My body was changing. Well, it had mostly changed, but I hadn’t caught up with it yet.

Anyway, my teacher caught me. She grabbed me, took me back to school in her car, then strapped me in front of the whole class. Made me bend over, right over. She let me keep my panties up, but she made me hold my skirt up  so it was over my waist.

And she got out the leather strap. Oooh, she went hard on my bottom. Hard, sir. Wow.

But it didn’t hurt, not like I thought it would. It felt … I didn’t know then. but it felt good and it really unsettled me. After she’d given me, I don’t know, maybe thirty or forty strokes, she was red-faced. Much more than the exertion would explain. Afterwards she made me stand up front, facing the class.

The girls looked at me kind of coldly. Like I’d let them down. Or they were jealous. Because none of the boys would meet my eye, but I knew there wasn’t a cock in that room that wasn’t hard. For me. I don’t know how I knew that, but I knew it. 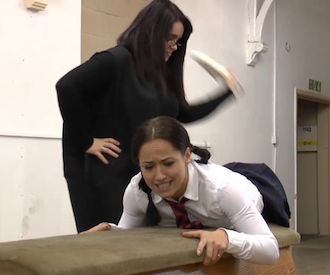 It was probably the first time I knew something about sex. I mean, knew it for myself, not from books. Maybe it was from the smell.

So while I was bending over, getting that strap across my panties, I was really the one in control.

If I wanted that feeling, and all the boys wanting me, I only had to be cheeky to that poor, silly teacher. She’d make me come up and bend over, and by the time she got the strap out from her desk drawer I’d be flowing. 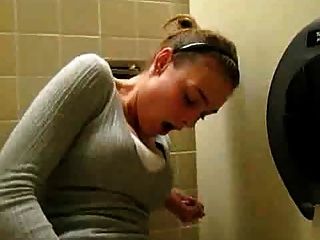 I’d go into the toilets the first break after the strapping, every time, and get myself off. God, it never took long.

Anyway, she eventually gave up. The next time I was cheeky to her, she wrote a long note for me to give to the headmaster. I thought that’d be much the same: a bit painful, a bit sexy.

So when class was over I ran straight to the headmaster’s office. Then I hitched my skirt as high as I could, and knocked on his door.

[Maddie’s story to be continued next week!]