I once got bitten by a vampire girl. Her name was Diane, which isn’t a very vampirish name, is it? Anyway, I met her in a bar because I was talking to her brother about horses, and she’d come to borrow some money. She wore upside-down crucifixes, black lace and red satin and so on, and she had a furry little purse with a little Vampire-girl doll poking her head out, with laquered blood dribbling down from her mouth. I thought this was just a fashion statement, a specialised version of Goth. And when I teased her about owning Anne Rice vampire novels – at least she didn’t own any of the Twilight teen Mormon vampire books – I thought it was no more stupid than adult women who read Harry Potter books.

But when her brother left she stayed, and she told me that she knew people who took it more seriously, who were starting to convince themselves that they couldn’t go out during the day, and who were trying to move to a blood diet. With no success, fortunately. But when I pushed her again, she admitted that she knew perfectly well that they were nutters. 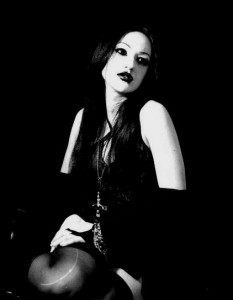 I didn’t care much about her vampire fixation, because she was good fun when we talked about other topics, and she had a pretty face, and that ridiculous waist to bottom and breasts ratio you get by being absolutely ruthless with corsetry. But you have to have the right body to get that spectacular effect. Anyway, by the second glass (red wine for her, of course) I was thinking about what she’d look like without all that lace and whalebone on.

On the third glass I said the skirt was sexy, and she thought I said it was slinky, and agreed that it was slinky. So I slid it up her left thigh, pretty much to her hip, and she could have been annoyed, but she moved her left thigh towards me, and her right thigh, still hidden under lace, away from me, so we kissed and I got a taxi.

We went to her place. She took most of the vampirella gear off, but left the corset on. That was fine. I was a civilian, not dressed as anything, so I took all of my clothes off.

At some stage in the night, presumably while we were fucking, she bit me. I didn’t notice at the time. But when I stared at myself in her bathroom mirror in the morning I realised I was still bleeding slightly around my right collar bone. I’d lost some blood and some skin which, I guess, she’d eaten. She’d had her head against my chest, but I’d thought she’d just been giving me a hickey. Now that I was back in a normal state of mind it ached a bit. It took weeks to heal.

The trouble was, Diane might not be a safe girl, but there were things about that night that I remembered more intensely than the being bitten and the losing blood. I hadn’t even noticed the bite, but I had noticed her heels resting on the small of my back. So two days later I invited myself round to her place again. 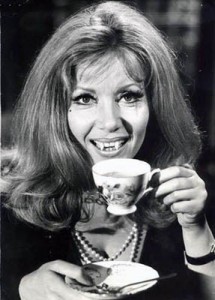