Maureen said, “You change, you know. Most of the time you’re all sensitive and thoughtful, and that’s cool. I like that, most of the time. But I like what this does to you. You get really hard. Not just your cock, you moron. Everything gets hard, everything you do. I like you being like that. And once I get excited, I don’t want you to go easy on me. You know that force that takes over? You know what I mean?” 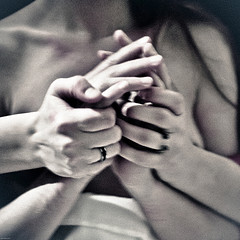 That force. There’s a kind of rushing in my ears when I’m domming and it’s going really well. I said, “I don’t know what that is. Don’t know how it works. But yes: there it is.”

“And it feels good. I feel weird, saying that. I really am a traitor. I don’t want to stop doing this either. It’s just hard to understand.”

I ate a piece of her quiche, by way of being ruthless and hard. And then we talked about other things, and had a gentler kind of sex.

So I had consent, but consent isn’t everything. You still have duties of care for the person in bed with you that go far beyond what you can get them to agree to.

Still, Maureen’s consent, her sexual response, and her relatively calm acceptance afterwards, were enough to let me continue.

I still had some doubts, but there was also the fact that hurting Maureen had itself been sex, and it merged into the best fucking I’d ever had. And she’d screamed, coming, like she never had before. With me, anyway, but I suspected it was ever. So I followed my cock, or my whole body, really. I took things further.