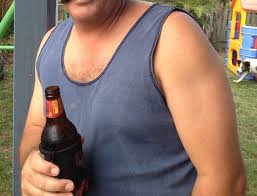 Eventually I got up, collected dishes and pattered to the kitchen to make lunch, by way of showing that I might hit women but at least I wasn’t the sort of man who hit women and then sat himself on the couch with the Superbowl on the big flatscreen, demanding another goddam beer. I was the decent, trustworthy, lunch-making and pro-woman sort of woman-hitter.

There was no-one else home, which seemed lucky considering the extraordinary noises we’d just been making. On my return, with salad and eggs, I kissed her bottom, which was already cooling and not as fiercely red as it had been when we’d fucked.

Maureen said there was no pain; she felt pleasantly warm. I was soft-hearted again, so I was glad that she wasn’t hurting. When we’d eaten we made love face to face and tenderly, and that seemed to lift the last of that small, vexing shadow.

Of course it wasn’t. Later that night, when we were exhausted, Maureen said, “Jaime? I’m sorry, I need to talk about this. We need to.”

“Need to talk about.” I’d already learned to be afraid, whenever a woman said those words. And I’d just been hitting her. I’d never been on such shaky moral ground before. If she’d had recriminations I wouldn’t have been surprised, and I couldn’t have produced any kind of defence. “Okay.”

“Well, what does this mean, Jaime? This thing we’re doing?”

“This thing mean?” The kind of sex we’d just started to have together was, obviously, a feminist issue. I decided not to point out that she’d initiated it. We both knew that, but being legalistic and defensive wasn’t the point. It was a fair question: what did I mean by beating a woman? I said, eventually, “Well, this is about sex and pleasure. I mean, for me, anyway. But wasn’t it? Pleasurable? For you?”

Maureen smiled, though her face didn’t really lighten. “It’s okay, Jaime, yes. I thought that was amazing too. If you couldn’t tell… But I’m just worried about what it means. And when I say ‘means’ I mean …” And she pulled a face and gave up. 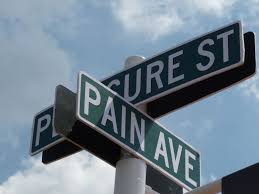 I was sitting on the side of the bed, with my feet on the floor. I wished I’d got under the covers before we started this conversation. Now we had to have it without touching. “Well, maybe it does only mean pleasure. And nothing else.”

“Yeah. But, well, it’s very uncool, you hitting me. I mean, I don’t think you’re going to start knocking me around  -.”

“Jaime, if you ever hit me; you know, hit me like some guy hitting his wife, like if you were angry at me or something, you’d never see me again. I would never, ever give you another chance.”

“God no. God no. Never. Ever. No.” All of my heart was behind that oath, and I was horrified that I’d put myself in a position where I needed to swear it. And yet I couldn’t have clearly explained, that evening, exactly why I was so different from those contemptible men who hit women, though I felt certain that I was. Did she really think I was capable of hitting her in a violent way? “Maureen?”