I didn’t get a second chance until I was 22. I was lying on the bed of a woman, Maureen, who was a bit more rich and cultured than me. The university we were at, and quite a few other places and institutions in that State, were named after her family. 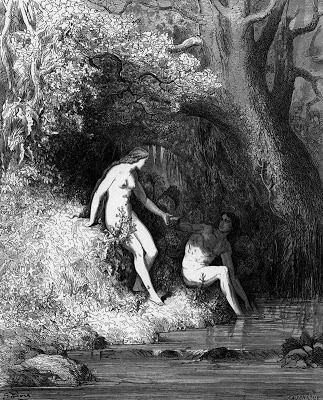 I was helping Maureen with her Milton project, for an English paper. I didn’t know as many famous live people as she did, but I knew more about famous dead people. We both knew it was just my excuse to drop by, and we’d finished up in her bed before we’d got round to anything, you know, scholarly.

But it was deadline time, or nearly, for her Milton project, so it was time to deliver the promised help. We were lying on her bed, post-sex, naked with a laptop and a copy of the Oxford Complete Poetical Works of John Milton.

I was being terribly serious-minded. So I wasn’t quite ready when the conversation took a sharp and unexpected swerve. The dialogue went something like this:

Maureen: Should I shove in a paragraph about Milton’s defence of liberty and free speech in Areopagitica?

Me: Maybe. But actually he wrote that liberty should only apply to Protestant Christians. He specifically says that Catholics shouldn’t be allowed free speech, let alone atheists and such. So by “liberty” he only meant the right to agree with him.

Maureen: Ok, but I’m still going to have to mention Areopagitica.

Me: Well, you can say it’s an ambivalent defence of free speech, and hey! you could link it to the Romantics’ idea that Satan was a sort of spirit of freedom. Must be at least 400 words in that.

(To be continued, obviously.)