So Lilah stood, feet some distance apart, with Jaime’s hand gripping her cunt. Not comfortably, but pleasurably. Jaime relaxed the thumb and foregfinger grip on her lips and pleasured her with the two fingers inside her, wetly, hungrily held. And sometimes he focussed on hurting her.

Lilah tried to keep still, her hands at her sides, but being still was impossible. He hadn’t told her to be. Jaime guessed it was a form of defiance she put up,  precisely because she knew she’d fail.

He squeezed hard, making Lilah rise onto tiptoes, and when he relaxed the grip a little she thrust down and forward, trying to take his fingers deeper into her, to ride him and the pain together.

He smiled at her. “What are you, Lilah?”

“Puppet… Cunt puppet, I’m your cunt puppet.” It was something he’d called her when they’d first explored this. She’d found it memorable.

“My cunt puppet. That’s right. Good girl. Well, almost good. Considering you’re a lazy girl. A slovenly, disorganised girl who needs to be whipped.” He thought. “Regularly whipped, just to get through the month.” That sounded weak, to him, but it didn’t matter. Lilah had blushed, and so he could continue.

Lilah had told him, long ago, that when she was in a mood for being mildly humiliated she liked to be lectured. He chose faults that were real enough to be credible and important enough for her to care about, without doing any real harm. Although she was actually driven and focussed, she always thought she should be working harder, so laziness was a good topic. He could humble her in the moment, but she’d recover quickly.

Lilah was very far from stupid, too, but he never called her stupid because her mother had and she was still sensitive about that. He aimed his blows at the well-padded parts of her body, and her psyche.

So he made her respond to his hand, sometimes stroking, sometimes hurting, so she moved involuntarily and remembered that she was a cunt puppet, and she listened to the shameful truth about her slothful self. 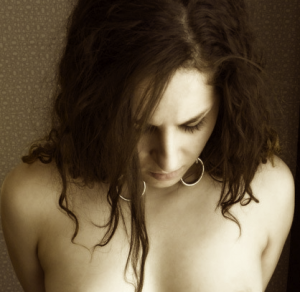 Her face was flushed –  she’d closed her eyes, now – as he chided her for her intolerable, disgusting laziness. Eventually he ran out of words – extemporising these lectures and avoiding the possible traps was exhausting – so he said, “worthless, idle, workshy girl!”, because that sounded like a conclusion. Then he said it again, louder.

Lilah made a very small moan, and hung her head.

He took his hand from her cunt, making her gasp in protest and loss, and silenced her by pushing his fingers into her mouth for her to clean. Lilah showed him how well she could perform her cleaning, which made his cock uncomfortably constricted in his suit pants. Well, he’d chosen to be the clothed man with a naked woman.

“You’re going to have to punish me?” Her voice was higher than usual. Punishment would be hot; it would also be absolution, for things Jaime knew he would never be told.