Jaime sneaked back to the probation service offices after ten. It was still his first day as a probation officer. He’d spent a lot of the morning signing oaths of confidentiality, codes of ethics and some other things, and when he’d signed up he was given some business cards, a badge with his name on it, not the kind that conveyed authority, and his set of office keys.

Now it was after ten on that Monday night, and he’d returned with his friend Lilah. He’d been pretty sure all of his new colleagues would have gone home, and it seemed he was right. Apart from the security light in the courtyard and one in reception, inside, the place was in darkness.

While, just a few miles away, a girl called Ana turned under her blanket to face the wall of her cell, he opened up the probation service offices, without turning any lights on, and led Lilah into his office.

Lilah looked about her, because it was a new space, but it was just an office. He smacked the rear of her jeans, and told her to undress. He was interested in the difference in status between a clothed man and a naked woman. So was Lilah. She liked mild humiliation. 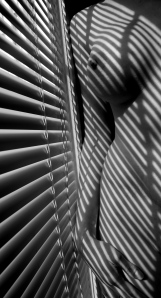 She took off her jumper, unveiling a white bra and the pale skin of her belly striped by moonlight through the blinds. Jaime hadn’t risked turning the office light on.

Mild humiliation has to be judged finely. For example Lilah was happy to be told she was a cunt, so long as it was personal: he had to mean her cunt, and that she was her cunt at that moment, with it understood that he liked her cunt, and that her cunt and she belonged to him.

Though that belonging, that ownership, was only temporary; they were friends who fucked, not lovers.

And Lilah would be furious if he used the word to mean a bad or useless person, the way a policeman had said it to Ana, now was still lying sleepless in her cell. And if he ever called Lilah a bitch, sex with Lilah would stop happening as if a tap had turned off.

The difference between good and bad humiliation could be quite subtle: she liked Jaime to call her his slut, but she’d be an angry woman if he called her a slut. 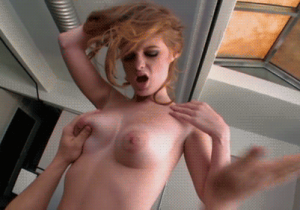 Lilah moved her hand up to rub her left breast, where he’d smacked her. He slapped her hand away, and smacked each breast again, and then again, so that they shook and then settled, no longer quite as pale. Lilah breathed through her opened mouth.  The thing, the thing that happened between them, was awake, was moving, was happening.

She watched Jaime with awe. Jaime never felt he deserved that awe, but he never questioned it. He said, “Lilah, the fuck are your jeans still on?”

She liked to make a show out of undressing for a man, but she’d learned that Jaime didn’t want a show when he was in this mood. He wanted her naked, and he’d punish her for any delay. She stepped out of the bunched cotton and denim. She was a naked woman. She was a naked woman who would get Jaime’s belt across her ass, if she delayed, if she disobeyed, if she didn’t speak in complete sentences. So many risks to her ass.

She opened her legs without being told, so Jaime could push two fingers into her cunt, squeezing her lips between his thumb and forefinger. Lilah’s breathing became louder. Her eyes were still open, but she was no longer looking at anything. In particular. Jaime tightened his grip, until she gasped. He smiled at her and nodded, as if he was pleased with her pain. As though it was an achievement.