Did you know there’s a whipping scene in Wagner’s Das Rheingold?

It’s very loud in the Georg Solti recording, where the recording supervisor, John Culshaw, commented that the whip they used to make the cracking sounds was “absolutely terrifying”. And he’d been to a British public school in the 1940s, so he can’t have been easily scared.

Anyway, I should say that the whipping scene in “Das Rheingold” is interestingly grotesque, but completely and utterly not sexy. It’s between two dwarfs, and they’re brothers. 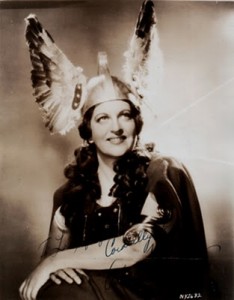 If you were a Dom on the prowl (rrrowl!), you could do worse than hang about in the lobby after a performance of Die Walküre, There’ll be some very good looking women there, as well as the ones who look like James Thurber drawings. Find a woman you fancy who’s been weeping red-eyed buckets, buy her a drink and give her a handkerchief. So far you’re being a gentleman, but tell her to clean herself up in a very slightly command voice, and there’s a 50/50 chance that you’ll take her home.