I was in a relationship with Ojastara, a Tamil woman. We’d met at work, where I was policy consultant for the State Government and she was a lawyer working on a complicated land deal. Part of her job was helping me not screw up the legal niceties, because the issues were more specialised than I was used to.

I told her a story about how a couple of years ago the then Minister had insisted we discriminate against people who’d just been released from prison. It was wrong and outside of that organisation’s establishing Act. There was nothing there about adding to the punishment of people who’d served their sentence. It was socially unhealthy, it was illegal and it would hurt vulnerable people.

I knew the Minister only wanted it because a local shock jock was running a radio campaign to stir up his audience.

She thought I’d fight it on the constitutional issue, that it’s not a possible use of that government agency. But that would only make him mad at me and I couldn’t afford that. So I wrote the Minister a paper showing that  he could do that but if he did he’d have to apply the same policy to other groups, unless he changed the legislation. I knew he wouldn’t want to do either of those things.

So he sent back my advice and and I came up with another solution that would give him what the shock-jock wanted but be unpopular with everybody else. By then three weeks had passed and the shock-jock had got bored and moved on to something else. So my third paper went to the Minister’s office and never emerged again. As I’d planned.

I meant it as a parable about how government works differently from law. She thought it was funny. So we had a drink in the pub across the road, after work.

Her name, as I mentioned, was Ojastara. She’d been in Australia since she was three, so she wasn’t culturally Tamil, or not much. I asked her if she liked M.I.A. (I do), but she said she liked Celtic music. 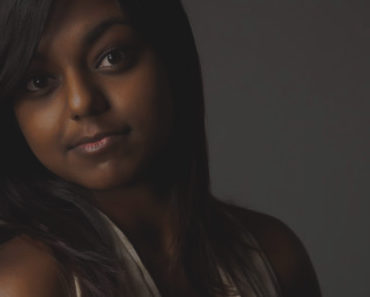 The main thing about Ojastara that was different from any other Australian girl was that she had the darkest skin I’d ever seen, at least on someone I’d actually met.

After a while I realised she had the darkest skin of anyone I’d wanted, very particularly and personally, to fuck.

That second category is smaller, but it’s more important to me, of course. She was so black her skin glowed, almost with a trace of blue-black like Superman’s hair. I thought it was beautiful. She was beautiful.

She had an apartment not so far away. She mentioned that after our second glass of wine, when it was clear that we were getting on well. So I put my arm round her while we walked to her place. After a block’s worth of silence she said, “It’s a pity you’re such a rule-breaker. Because I’m a girl who likes strict rules.”

I didn’t immediately realise that was meant as a hint to out herself in case I was sensitive to clues like that. I missed it it the moment, but I  whacked her bum anyway, not very hard, “Well, I’m the rule-breaker. I never said you could break rules. Especially not mine.”

She dodged, but not until after my hand had connected. She laughed at me. “Oh? What sort sort of rules would you want? And do you really think you could hold me to them? I’m a very stroppy lawyer.”

So I stopped, and held her for the first time and kissed her. She had such a sweet face. I said, “Politics beats law, every time.”

She nodded. We’d recognised each other. A policy-maker was going to beat a lawyer, and then fuck her. She said, “But lawyers, we’re famous for not taking any bullshit.”

So I smiled, held her against me, smacked her bottom again, but really quite hard this time, and kissed her.

And that’s this story’s first episode. Tune in again on Wednesday!

4 thoughts on “The Ojastara Tales: Prologue 1”