Another reason that I stay with a male point of view, most of the time, is that most of the women I write about are real people – with the usual changes to protect identities. Most of the incidents I write about really happened. Some of those women read this blog. Some others may later. It feels disrespectful to act as their ventriloquist.

I can say what they did and what they said, but presuming to write their interior monologue, from inside their heads, feels like using them as my sockpuppets 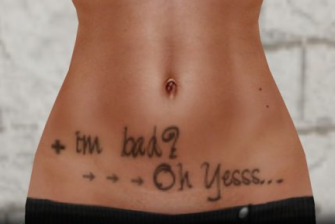 Though I’m thinking that sort of thing about the woman, not about me. If you don’t think your partner is at least a bit wonderful, why are you having sex with them?

But I don’t want to write a lot of stream-of-consciousness in which women think to themselves what a great dom and what a god-like fuck I am. It would feel kind of awkward to write, and just a bit embarrassing to read.

So there we are. I nearly always write male point of view. Now, schoolgirl spanking stories, on the other hand …