I’ve been posting episodes of a schoolgirl spanking story. I’ll explain why I wrote it later.

But if you’ve been reading it, or you go back and read it, and you read other stuff I’ve written, you’ll see that they’re in completely different styles.

You could, for example, try to write a schoolgirl spanking story set in the real world, in which case there’d have to be a lot of emphasis on how the teacher expects to get away with the breach of trust, even assuming he or she isn’t breaking age of consent laws. There’d also be the moment when the student realized that the teacher has gone so far out on a limb, legally and career-wise, that the power rests with the student. All they have to do is blow the whistle, and the teacher is gone. But a story like that wouldn’t be a sexy story. Issues of personal damage, power and betrayal would come to the fore.

So I’ve written a very traditional schoolgirl spanking story, full of things that could never happen in the real world. I’m a traditionalist about pleasures. Not politics so much, but pleasures for sure. 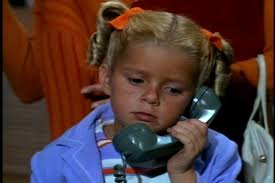 I’m not wearing any panties, you know. Oh, sorry, did you call me?

For example, your schoolgirl spanking story has a particular kind of diction. It’s slightly old-fashioned, and it’s more than slightly coy.

For example, schoolgirls always wear “panties” in schoolgirl stories, at least until they’re taken off. But in real life a lot of women dislike the word “panties”. They’d say it sounds like a word that a heavy breathing phone pervert might say.

There’s also the way the word is associated with little girls, and using it as a sexy word for something that adult women wear sounds somewhere between awkward and actually creepy. 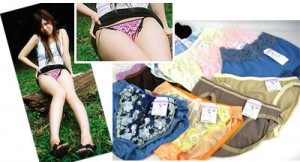 Panties in Japan. It’s always bloody Japan with these things, isn’t it?

But then other women love the word panties. They have drawers full of frilly panties, backless panties, frontless panties, silk panties with ties, print panties, white cotton panties, and so on.

They could probably be happy spending a night just bouncing and saying the word over and over: “panties, panties, PANTIES, pan-TIES, panties,” etc.

(There’s a tune that goes with that.) I’ve always stopped them from spending a night that way, so I’ll never know for sure, but they seemed ready to go on indefinitely.

I use the word “knickers”, myself, if I’m talking to a woman and I think there’s a chance I’ll get to take them off if I don’t fuck it up. “Knickers” doesn’t trigger the “panties” ickiness. I think it’s a cool word, partly because it reminds me of “cami-knickers” and I think cami-knickers are stylish and sexy.

There’s a lot more to be said about the language of schoolgirl spanking stories, but the next instalment will have to wait till tomorrow.