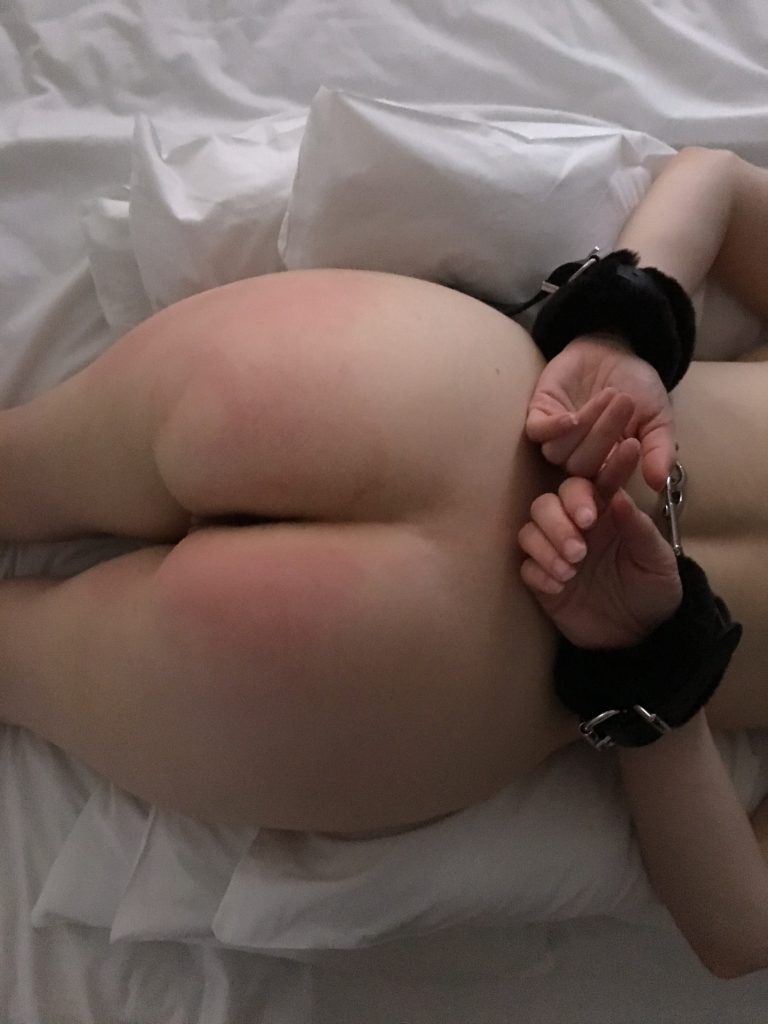 A woman spanked and then bound represents a culmination. It’s taken a lot of loving work and communication to get us to this point, and to her submission.

It’s also a commencement. Once we’ve reached here, then things can move between us. Oceanically, but the sky’s the limit. 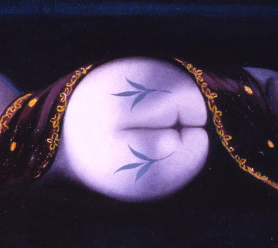 Well, some of us on Earth say that, anyway. The artist Clovis Trouille was a notoriously enthusiastic admirer of the comely, womanly ass, and he called his most famous painting, “O Calcutta! Calcutta!”

Ken Tynan borrowed the painting, and the title, for his sinfully sexy (but nice) 1960s theatrical revue, O Calcutta.

In its original form, O Calcutta included two spanking sketches written by Tynan himself. Ken “Spanker” Tynan was notorious among his woman friends for his keenness on using the flat side of a hairbrush, so it’s not surprising that he wrote two spanking scenes for his show and, as director, accepted and included them. Unfortunately, these two scenes are omitted from modern revivals of O Calcutta.

John Lennon also wrote a scene for the original revue, but now Yoko, as guardian of the Lennon estate, won’t let it be used. But that’s enough about 20th century art and theatre: doesn’t my model have a cute ass?