Senemelia and I walked back to my hotel, holding hands and swapping kisses to keep the walk interesting. She’d break off and walk beside me, not touching, when another woman walked past. A Fijian woman walking with a white man at night will usually be thought of as a sex worker.

Senemelia wasn’t worried that anyone would recognise her, since we were in Toorak and she lived in Raiwaqa, a very outer suburb near the university. Suva’s just big enough to be anonymous in. But she didn’t like feeling like she was being judged.

I was more worried about the lone guys ahead of us who saw us and ducked into alleyways. I’d cross the road so we passed that alley from a distance, and she seemed to feel that was sensible. There wasn’t much lighting, and the streets were pot-holed and littered with traps for the unwary: empty fruit crates, rubbish bins and so on.

While we’re walking, I should explain a bit more about why this could happen although sex, except with a sex worker, is impossible on my current visit. The first thing is that Fiji is probably the least religious of the Pacific Islands. A key reason for that is that Indian workers were brought in, by the British, to harvest cane, especially during the First World War, while a lot of Fijian men were in the army.

In all the other islands there’s only Christianity, and it’s easy to think of it as something natural, that everybody adheres to and that can’t be questioned. But in Fiji, a Christian can look at Hindu temples and know that about half the population follow another religion. And that religion must be false if Christianity is true. But the reasons Hindus have for believing in their religion are much the same as the reasons that Christians have for believing in Christianity. So those reasons can, demonstrably. lead to false religious beliefs.

So choice tends to undercut both religions. The consequence is that there are far fewer churches or temples, per head of population, in Fiji than there are in Samoa, or Tonga.

Another thing about Fiji is that for reasons I don’t know, women have much more sexual agency than women in the other South Pacific cultures. And they use it. I first went to Fiji when I was seventeen, and I was a very pretty boy indeed. Not that I knew it at the time. It was my first experience of being called over by women who would ask me my name, and where I was from and – the conversation having lasted long enough by now – invite me to fuck them. Singly or in twos.

At the time I had no experience of being desired, so I wasted a lot of time and opportunities by assuming that these women were kidding me. But when I gathered my nerve and had the adventures, I found that they weren’t kidding at all.

The other thing is that the village structure in Fiji is slowly starting to loosen its hold on younger people. Sometimes that’s bad, because young people can leave and find that without adult guidance or much experience of freedom, they finish up addicted and/or involved in crime.

On the other hand, it means that a girl like Senemelia can leave the parents and go to university, a couple of hundred miles away. So long as she visited from time to time, and didn’t tell them everything that she was up to, she had freedom that she wouldn’t have had a generation or so ago. 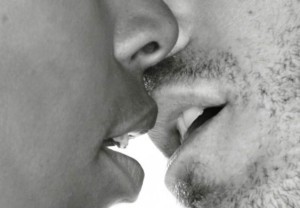 Anyway, we reached the hotel. It’s old, a wooden three-story building in Toorak. There are no lights on, so the receptionist had gone to bed. I had a key to the front door and my room so that didn’t matter.

Senemelia was wearing her dance skirt, and it was tight and it spangled. So I put my hand under it, and she squirmed in closer to me, because my hand was so cold.

I took her hair and pulled her face up and kissed her. Senemelia closed her eyes, and opened her mouth.