I don’t use the word “spiritual” much. It’s a word that seeks applause for quite a few things that don’t really deserve even respect. But people also use the word to mean that awed sense of the wonder and wonderfulness of the universe, especially when you’re looking at the night sky or a grove of trees or a shore-line. And there you are, paying attention for once to the reality that the world is the most extraordinary place, with incredible beauty and grandeur and a certain sense of absolute rightness.

People also use the word to mean various altered states of consciousness, when they’re perceiving things about the world, or their own inds, which – again – they don’t ordinarily pay attention to. 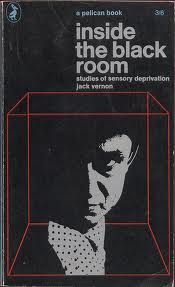 It reminded me of an old Pelican psychology paperback: “Inside the Black Room: Studies in Sensory Deprivation”, by Jack Vernon, first published (I just checked) in 1963. It told the story of some of the first experiments with sensory deprivation in the 1950s and 1960s.

They found that people found sensory deprivation nearly intolerable. The experimental subjects were put in a small space, on a soft mattress, with gauze and goggles to block out vision, earmuffs, and asked not to move or talk. In practice most of the test subjects simply fell asleep and stayed asleep as long as they could, to escape the boredom.

Because they had no idea of the passage of time, they mostly assumed that they’d been in the small black room much longer than they really had been. Most, nearly all if I remember it rightly, hit the panic button, asking to be let out, well before the 24 hours was up.

But there was one guy who lasted his 24 hours with ease, and was ready to do it again. The reason?

He was a Turkish political dissident, and he expected that when he returned to Turkey there was a good chance that he’d be tortured. (And in fact governments and armies have picked up on sensory deprivation as a form of torture since the experiments reported in “Inside the Black Room”.) So he already had some experience of unpleasant activities by secret policemen and their jailers. And he wanted to see if he could stand this new variation. 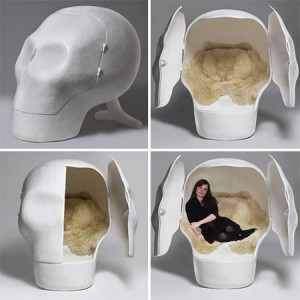 Anyway, this is relevant to a bdsm-themed novel I started a couple of weeks back, though there’s no sensory deprivation planned for that book.

But it’s interesting that the same experience can be torture, or a personal test, or a meditation aid, or a sexual pleasure. Or it can be combinations of those.

That’s part of what the new book’s about. But I’ll talk more about that later.