I had a brief relationship with a woman who wanted me to cut her. 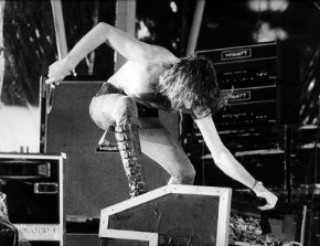 I did consider it. You try to give lovers what they want, and doms have no excuse for being any different. But I thought it was unsafe, unwise, unsexy, and symbolically kind of creepy. I don’t like permanent damage. There’s something about knife play that feels hostile to the body. I like the body. So the idea of taking a blade to her skin just creeped me out. That didn’t leave much room for negotiation.

I’m not condemning knife play, not then and not now. And she’s a smart and responsible woman, not remotely self-destructive. I’m only saying that it absolutely wasn’t for me. I would not cut her.

So I refused. We continued as dom and submissive for a little longer, but only three weeks later we had an argument about something else, and she handed back the key to my apartment and asked for hers back. I think my refusal to even try knife play was a key issue.

Anyway, knife play. Sharps. Cutting. I’m just not going to do it.