Christianity is a kinky little religion, not that there’s anything wrong with that. Well, so long as it restricts itself to consenting adults. Unfortunately, it doesn’t, as investigations into child sexual abuse in institutional settings continue to reveal.

But today I just want to write about the flagellant tradition in Christianity. In a way, you might even expect more kinky forms of sex to develop in a doctrine and culture that puts so much effort into suppressing sexuality. Whipping may be a minority taste in Christianity, but it is persistent. 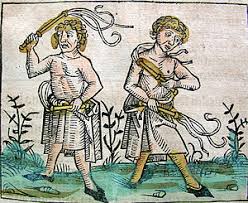 It’s remarkably widespread. Christian religious orders with flagellant traditions include the Augustinian monks, Benedictines, Capuchins, Celestines, Cenobites, Cistercians, the Dominicans, the Hospitalites, Jesuits, Trappists, the Ursuline monks and others. In the 19th century they were joined by Opus Dei, whose members are still encouraged to “apply a rope whip to their own buttocks once a week.”

And the interest in flagellation is certainly about sex. Consider the story of St Teresa of Avila, who co-founded the Discalced Carmelite Order. She recounts in her autobiography how she regularly whipped herself, reaching blissful states that were clearly orgasms. That autobiography,The Life of Saint Teresa, sets out the wonderful feelings she had when she thought about submission and slavery, and her use of self-inflicted pain. Her whipping plan regime led to experiences like this: 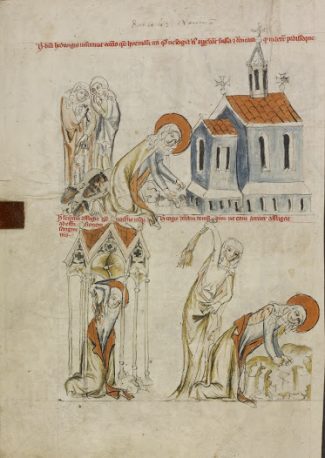 “I would see beside me, on my left hand, an angel in bodily form … He was not tall, but short, and very beautiful; and his face was so aflame that he appeared to be one of the highest ranks of angel who seem to be all on fire [the Cherubim] …

“In his hands I saw a great golden spear and at the end of the iron tip there appeared to be a point of fire. This he plunged into my heart several times so that it penetrated to my entrails. When he pulled it out, I felt that he took them out with it and he left me utterly consumed by the great love of God.

“The pain was so severe that it made me utter several moans. The sweetness caused me by this intense pain is so extreme that one could never wish it to cease … ” 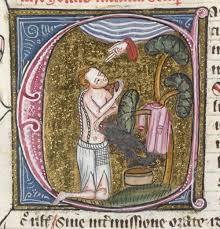 Catherine of Cardona, also of the 16th century Carmelites, whipped and chained herself and dug hooks into her flesh, achieving what her hagiographers called “euphoric” sensations. Sometimes she halted these sessions because they felt too good.

Still another 16th century Carmelite, St Mary Magdalene de’ Pazzi, would have herself tied to a whipping post, hands tied above her head and her bottom bare, and demand that the other nuns whip her and then drip hot wax onto the welts. 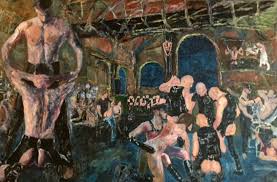 Still, I’ve read medieval specialists complain that it’s almost impossible to distinguish accounts of the pleasures of the medieval saints from the descriptions of the mortifications of the flesh and the divine ecstasies of O, in The Story of O.