From ‘The Philadelphia Story” 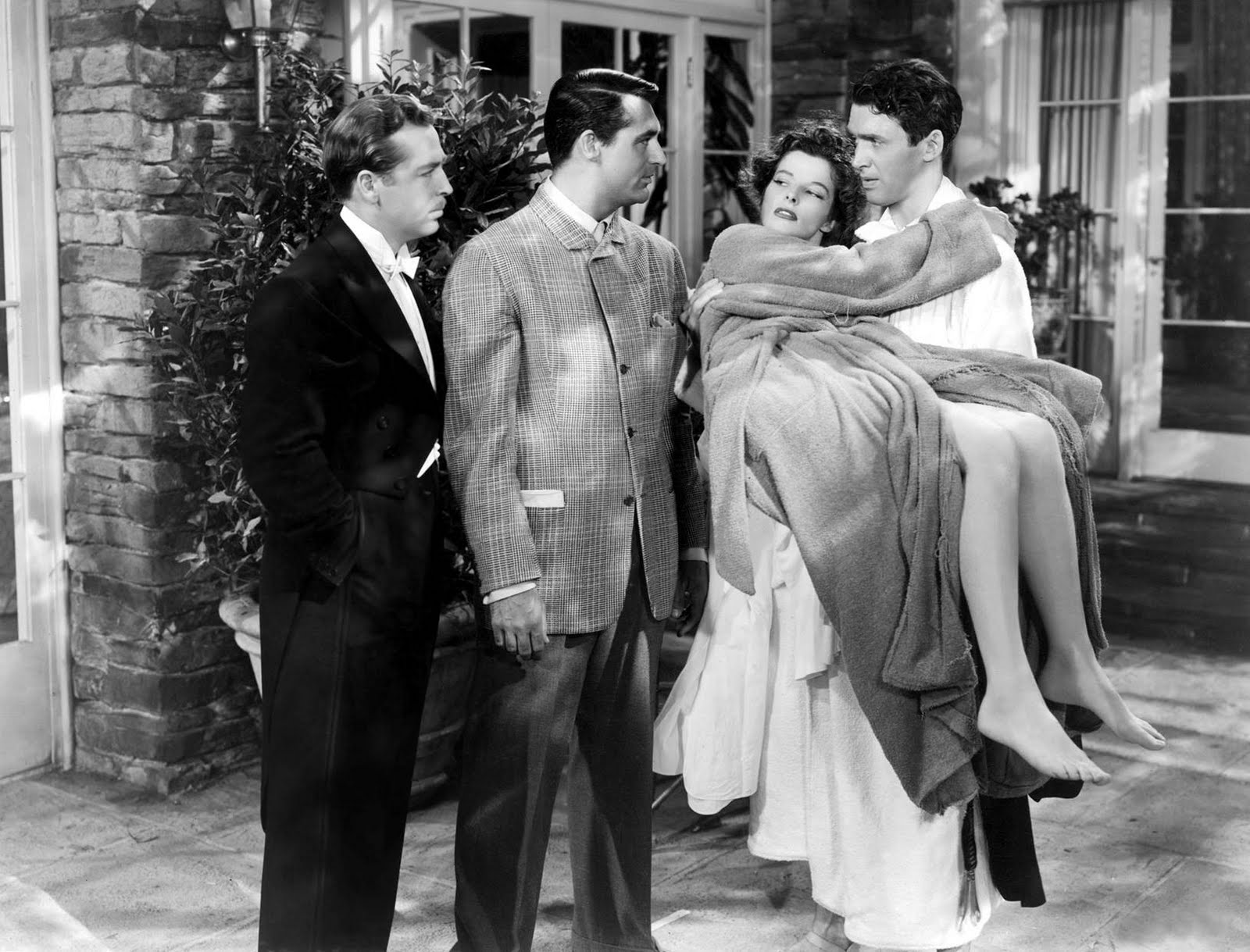 Mike: Mr Kittredge, it may interest you to know that our so-called affair consisted of exactly two kisses and one rather late swim both of which I thoroughly enjoyed and the memory of which I wouldn’t part with for anything. After which I returned here, carried her to her room, deposited her on her bed and promptly returned here which you will no doubt remember.
Kittredge: That’s all?
Mike: That’s all.
Tracy: (indignant) Why? Was I so cold? So forbidding?
Mike: Not at all. On the contrary but you were somewhat the worse or the better for the wine and there are rules about such things.