The Guardian published a piece on sexual choking. It’s here.

I’ve some reservations with it. For example it doesn’t distinguish clearly between two different phenomena:

2. Some husbands have murdered their wives, and their defence lawyer has argued that the murder was a “consensual kink session that accidentally went wrong”, as a defence.

It’s unfortunate not to make that distinction, because in the second kind of case kink was not involved. In fact the defence lawyer and the mainstream media have worked together to blame an old-fashioned murder on alternative sexuality.

I have some other problems, like the citing of anti-sexual minority and pro-censorship activist Gail Dines as an “expert” and as a “feminist”, when she is not in the habit of taking contrary evidence into account, and she is significantly opposed to the right of women to make sexual choices of which she disapproves. There are also questions about her relationship with the anti-abortion rights wing of the Christian Right.

Anyway, I’m still pleased that the issue has come up. 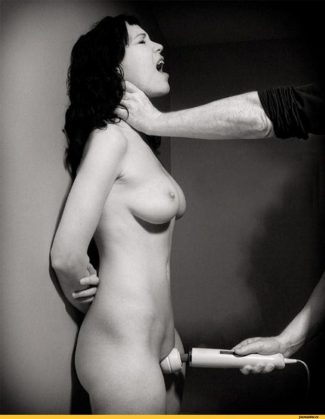 First, a personal statement. As a Dom, I simply don’t do choking. I’ve been a nurse (a psych nurse, but you get some basic medical training), and I know all the systems that run through the neck are delicate enough without people fucking with them deliberately.

Also, I know many submissives want to try it.

But personally, if someone wants to be choked, I’ll ruthlessly shove their face into a pillow, and check on them after, say, thirty seconds. No, seriously.

The neck grip strikes me as too risky to be fun.

We simply have no way of telling: 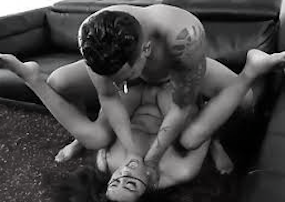 That is, to claim the practice is only misogynist is to simplify human sexual behaviour. What it actually is, is more dangerous than many people realise.

By “dangerous” I mean you can reduce risk, with guidance and practice, but not eliminate it.

1 There are some submissives who do, in fact, enjoy careful choking play. However there are many others for whom it is a hard limit. That means they don’t want it, and to try it will break their trust in the dom who tries to include it into sexual play without consent. My guess, based on anecdote and not data, is that submissives who dislike and fear choking are more common than those who like it.

2 Therefore, it should only ever be done with prior discussion and consent.

There are safer options for forcing a partner to lose control of their breathing for a while, if that’s something they want: pillows, obviously, and even a big bowl of water.