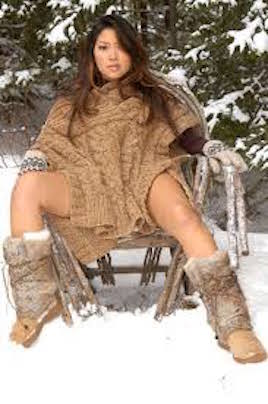 The dodgy headline for this post is from something the demented nurse said to Queenie, in Blackadder II.

It’s relevant because I’m off soon to the colder bits of Europe: Sweden, Denmark, Russia and so forth. While I’m in Sweden I’ll be going up to Lapland, in the Arctic Circle, and hanging out with reindeer, Laps, igloos, dog sleds and that kind of thing.

I don’t have any specific plans to take some poor freezing girl over my lap, in Lapland, but that’d be nominally neat and sweet.

So if I’m both charming and lucky I’ll tell you all about it.

But today I’m off to the Russian Consulate, to get my visa for that leg of the journey. That’s virtually guaranteed to be a complete pain in the ass, because their bureaucracy doesn’t seem to have simplified, or sped up, since the demise of the late and unlamented Josef Stalin. Anyway, I’ll let you know how that goes. 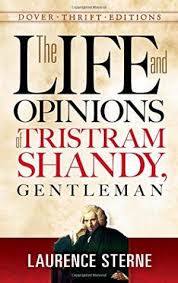 After that, I’ll write a bit more of Raylene’s story. It’s taken me twenty months, roughly, to write the first twenty hours of our acquaintance.

That makes me slower, as writers go, than Tristram Shandy, who took a year to write the story of the first day of his life. Bertie Russell pointed out that the more he wrote, the further he would get behind on his autobiographical project. Russell was making some mathematical point, but I’ve forgotten what it was.

Anyway, I was with Raylene for over a year, so at my current rate I wouldn’t finish telling her story until some time in the 25th century.

But my sweetheart will arrive when I get back from my travels, and this blog will take on a happy, satisfied tone. Maybe even smug, if I’m absurdly fortunate. I have teaching good behaviour in mind. Marking time till then, marking her from then.

Anyway, I’m heading into the Russian consulate. Wish me luck.