Qing stood by the door, not wanting to come all the way into the lounge. She looked around. I hoped she was looking for me, so I made a “great to see you” face and waved, a wavelet really, with movement only from the wrist.

At the time I thought she was ignoring me. More likely, though, she couldn’t see me through the fug of marijuana smoke that swirled between us, underlit by the green and red glow of two coloured lamps. They were the room’s only light.

She frowned and said, “Well, it’s been a good par-ry. Thank you for a grea evening. But I’m going home to bed.”

I wondered if I should get up and say goodbye to her, try to get her number, try to walk her home, try to get into her bed with her, and that sort of thing. But I’d only had the start of a conversation with her, because we were interrupted before we’d got far with it. I didn’t feel that I had enough of a basis for doing that. So I sat where I was.

Qing looked back at the door she’d come through, and then at the room again.

“But. If anyone wants to come to bed with me… Well, I think I’d like to be fucked. Or fuck someone. Anyone here. Anyone?”

I don’t know what you’d expect to happen, if a pretty woman makes that offer to an entire room, or to anyone who happened to be in it. From a sample of one – I’ve never seen something like that happen again – the answer is that nothing at all happens. People didn’t look at each other, or smile, or make “you go” gestures to a friend, or put their hands up.

No-one moved. Including me.

So Qing shrugged. “Oh well, then.” She opened the door. “Good night.” 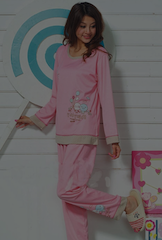 And she left. Various people said good night in return, but most were still a bit non-plussed by her offer. They could have thought it was gauche, but instead they knew it had been brave enough to be cool. But their reaction hadn’t been cool, and that had also worried them. They were cool too, weren’t they? And yet they’d reacted like a grimace of maiden aunts.

I was still thinking. I didn’t care about being cool. No-one there knew me, and nothing they said or thought could be as important as Qing and her bed.

It was her skinny but cute pajamaed bum that decided me. That bum was about to wiggle out of the room, on its way to a lonely bed. Well, that would be just a waste. A stupid waste.

So I got up, finally, and walked over people’s legs and belongings, until I’d reached the door. The corridor was dark. “Qing?”