The plane slid wildly across the air like spit on a frypan, buffeted by winds that never let up although they seemed to change direction every few seconds. Other passengers had noticed that we were flying level just above the water, and the wings were only metres – not many of them – from jagged rocks emerging from the seashore. Some of those passengers were crying, and the most irritating were praying loudly. 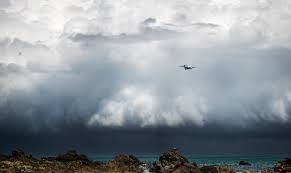 They were irritating because they were scaring the little girl sitting next to me. Her name was Melinda, and she’d been happy to humor an adult by telling him about dinosaurs, how annoying her best friend Fergie was being, how Jacob Sartorius used to be so cool, but now he was… old.

She was also an expert on clouds: cumulus is lovely, and did I know how to tell cirrus from stratus?

Her mother wasn’t in this conversation; she’d self-medicated with little bottles of whisky and she was currently drooling onto the window. It wasn’t her best look, though it meant her ass, in tight blue jeans, was pointing in my direction. Still, she’d been noticeably pretty, with dark curly hair, when she’d been conscious. 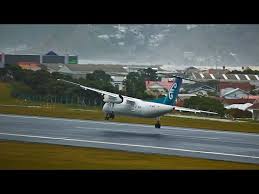 So I was the adult looking after Melinda, and she’d realised, from the praying nutters that many of the adults were losing the plot. Children find that scary.

So I lied: “This is great! It’s like a roller-coaster, only it’s FREE!”

Melinda wasn’t quite convinced, so I told her that the point of the game was to raise your fist and shout “Whooo!” every time the plane skidded across the harbour. I demonstrated. A game where an adult says you’re allowed to make silly noises is a good game, so Melinda was probably the most cheerful passenger every time she released a triumphant “Whooo!”

I wasn’t quite as sure as Melinda now was that we weren’t all going to die, though I figured the pilot must have landed in Wellington before. Still, a man has his responsibilities, and my fist-pumping “Whooo” was easily the second most cheerful sound. 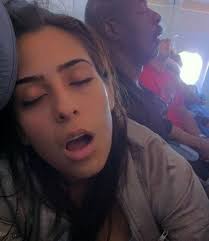 When the plane reaches the shore it crosses a road, flies just over an embankment of maybe eight metres, and finds itself level with the runway. Our plane’s tyres hit the ground with a scream, and jolted Melinda’s mom awake. She looked at me suspiciously. Men who play with little girls don’t get a good press.

She frowned, but it was a thinking kind, not the angry one. Melinda was the right kind of happy, so I must be ok. She took the water I held out to her. “Thanks.”

It was a New Zealand accent. I’d picked her as American.

We were taxiing to the airport, no longer the wind’s toy though it was still blowing. I said, “Welcome home.”

She looked embarrassed. She’d neglected her maternal duties. And our conversation was still subject to passenger noises. The woman in the row ahead of us was still ululating prayers at the top of her voice, and Melinda’s mom poked her from behind, in the shoulder.. The woman looked back at her, incredulously indignant. “I’m thanking the Lord!” She was a fellow American.

“Then could you do it quieter, please? I’ve got a fuck of a hangover and you, you’re really not helping.”

So I started to learn things about New Zealand compared to US culture. Praying woman dropped to a mutter, keeping it between her and her lord. 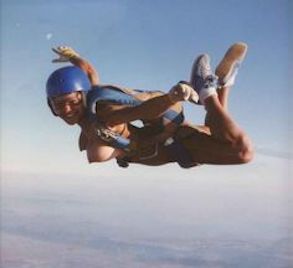 Melinda’s mom looked back at me. “Fuck, I’m sorry. I’m terrible in airplanes. Flying scares me shitless. Seriously. Terrified. I had to get pissed, or I wouldn’t have have been able to stay on board. Seriously. These things have doors, and I’d have been out one of them.”

“Pissed? You had to get angry to stay aboard?”

“Ah. Yank boy. Down here it means drunk. Hey, thanks for keeping Melinda sane. It was my job and I fucked it up. My name’s Ngaire, by the way.”

She put out her hand. I took it and we looked at each other. She was pretty again. I said, “Freddie.”