I don’t think I’ve ever had a submissive partner, either in play or in a long term relationship, who wasn’t a feminist. 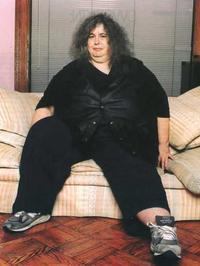 People mostly thought Andrea Dworkin was a joke, but she was a tragedy. She mostly harmed her own side.

Not all of the submissive or surrendered women I’ve known would use the word, but that’s mainly because of the images it can conjure up.

That image combined obesity, sexless puritanism, righteousness, angry insanity, Berthold Brecht’s haircut (Tiny Tim’s, in Andrea Dworkin’s case), and general authoritarianism. It’s a dated image, but it does linger on. A lot of women would rather be in a club that has Rihanna in it than one that had Andrea Dworkin in it. Well, I support feminism, but me too, on that.

But one of my earliest submissive girlfriends was the Director of Women’s Issues for a trade union, so she wasn’t just feminist; she got paid for it. I remember her on her feet at a public rally, during a campaign to lift pay rates in industries that employ a lot of women. She made an absolutely brilliant speech, passionate, firebrand stuff. A lot of unionists, career feminists and politicians were looking at and noting the newcomer, wondering how they could get her into this alliance or that. I was sitting quietly in the background, incredibly proud that she was mine.

What no-one noticed was the little intake of breath when she sat down again. There were women on the panel who didn’t really approve of her having sex with men. So it’s lucky they didn’t know that she’d made that speech with her arse still burning, and one dozen fresh cane stripes across it. I’d cut the bamboo only that morning. 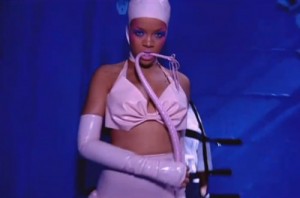 Of course, as well as my proper and very real pride in her I felt also proud for pathetic and unworthy reasons: I’d just canedandfucked this much admired feminist activist, so I must be no end of a mensch. I’ll admit that stupid thought here: no-one’s reading this blog anyway.

But that didn’t make me less supportive, or her politics one atom less feminist, or her speech less effective. It added a little energy, if anything. But if they’d known about it, those other women on that panel, they’d have turned on her and tried to get her thrown off.

[More to say, but tomorrow.]