The Food For Thought team has asked these three questions:

s there something, (or things), that you would absolutely say no to in a sexual context?

What are your limits? Are they hard? Soft?

Have your limits changed over time?

I have a personal ad on Fetlife, and I tell readers that I won’t have anything to do with shit, or urine, or knives or pins or sharps. Or animals. I also mention that I’m only interested in women, sexually, and that I’m a dom and I don’t switch.

All of that’s still true and I feel no need to change any off it. But the edges can get fuzzier than I’d expected when I wrote it.

For example, I’d prefer to have nothing to do with shit, in a sexual context. But I’ve already mentioned cleaning around the asshole of a girl I’d just buggered, because she’d leaked a bit. That’s not scat, because there was no shit-related pleasure in it for me, or her. It was just a job that needed to be done, quietly and discreetly.

I dealt with it by switching off part of my reaction for the duration. I’ve worked on farms, and I’ve cleaned shit from sheep and cattle, where it’s necessary to prevent flies from breeding. And there’s a mental attitude you get where you do what’s necessary, with a kind of detached benevolence until the necessary is done. So I could refine my statement so it reads, “Well, yes: I’ll deal with shit in some sexual contexts, but not for pleasure.”

I’ve found that I will do things that don’t attract me, if the submissive really wants me to. Once, under severe begging from a submissive girl I was just short of in love with, I pissed in her mouth and then, more generally, on her body. (She’d moved to the bath for the experiment.)

My thought at the time was, “Well, this is a new and unsexy experience, but it is taboo-breaking, isn’t it?”

I suppose I could amend “I won’t do anything sexual with urine” to read, “I won’t do anything quasi-sexual involving piss ever again.” But then I’d have to tell the story above to explain that, and I don’t feel like it. So I’ll let the current wording stand. It’s still true. 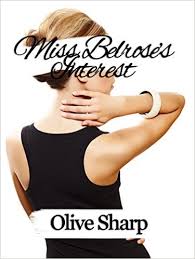 Sharp’s erotica. Some people like it, but it’s not for me. (Confession: just a cheap joke. I’ve never read any Olive Sharp.)

As for sharps, I have an absolute horror of them. I once got cut quite badly when I was a child. It was just an accident, but to this day I feel a little cold chill in the pit of my stomach whenever I’m confronted with a sharp blade. I don’t let it interfere with anything I have to do, but there’s no way I could make it part of something pleasurable. I won’t cut or stick anyone with a blade, and I expect the same courtesy to be extended to me.

So there’s no change at all in my attitude to sharps: they’re always off-limits. Oh, and animals are still right out, too. And so are shit and piss. Except that I’ll clean them away when it’s my responsibility.

So I guess my limits can be pushed a little, but they’re still hard limits. 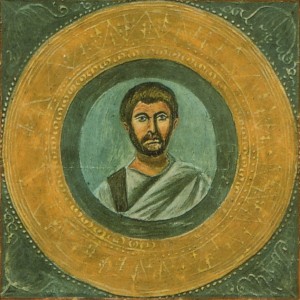 Terence is a Roman comic playwright. He borrowed and translated that line from the Greek comic playwright Menander. No-one really knows what Terence looked like. The Vatican, and Wikipedia, pretend this is his portrait.

I’ve always been proud of holding and applying Terence’s line: “Homo sum, humani nihil a me alienum puto”: “I am a human being. I consider that nothing human is foreign to me.”

Sadly, when it comes to getting sexual pleasure from sharps, animals, scat and urine, I’m not only out, myself, but I don’t really see how it could be much fun for anyone else. So although those are still human desires, they’re all still foreign to me.

I think that’s a fault, not a virtue, because it’s a failure of imagination and a lack of empathy. But there it is, anyway.