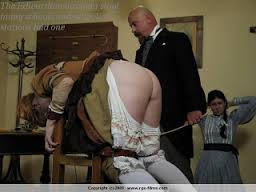 A pair of drawers

But the alternative words have their own problems. Drawers and bloomers are specific garments, and anyway they’ve passed into history. Drawers are fine for birching the maid in a Victorian role play, though a Victorian maid wouldn’t have worn them. Bloomers are for schoolgirl scenarios set no later than the 1960s.

“Underwear” reminds me of Calvin Klein, and I loathe everything about the man, the empire and his advertising. 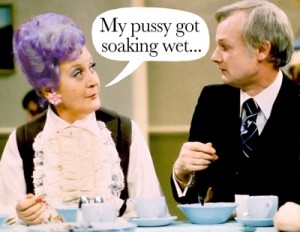 Mrs Slocombe’s pussy jokes just wrote themselves. And they were crap at joke-writing.

It sounds like a word from an ancient British TV comedy, with a drunk live audience who go into hysterics every time someone said “pussy” or “bedpan”. And it rhymes with “vicars”, which is also English in an unsexy way.

But those associations are preserved in TV series that have reached Sirius and Alpha Centauri by now. And if the Sirians and Centaurians are putting up with “Are You Being Served” re-runs, then they’ve taken on the cultural burden. Their brave work allows me to forget that AYBS ever existed.