My post on pornography and erotica got so many replies that it set me thinking about what happens when we put things out on the internet.

This got discussed a bit in the comments, and because people often don’t read comments, I’m going to re-shape what I said, and put it up here.

Released into the wild

The words and images we make have one set of meanings to ourselves, as their makers, but once we release them into the wild they become anybody’s, to interpret as they want. 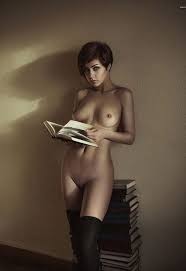 Readers: you know who you are

I suppose people could read something like the Raylene saga and conclude that I’m too cruel and vicious by half, as doms go, or they could decide that I spend far too much time fretting about what’s ok to do, and so I’m too soft and conciliatory as doms go. Or both.

I think I’m telling the story of a dom who tries to do the right thing, and who tries to tell the truth about what that’s like and what it involves. There’s stuff about the pleasures of being a bit cruel, in the Raylene saga, but there’s also stuff about love, self-doubt, and, as far I can know them as a dom, the pleasures of surrender. But it would be easy to quote this blog accurately though selectively, and make me sound, well, anything, good or bad, as desired.

And that’s only the people who don’t disapprove of male doms as such. Most people wouldn’t get far past a sentence like, “I brought the cane down across her ass,” before deciding this Jaime fellow is a blot on the landscape’s fine silk tie.

Or, more importantly, someone can read something I wrote and see the unconscious and unexamined bias or prejudice I left in it, and read it against the grain of what I thought I was saying. That is, readers can get things right, about my own writing, that I missed. 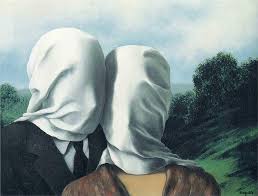 The eyes of the beholders (image by Rene Magritte)

Certainly, if I were running for office (“Vote Jerusalem Mortimer, or I’ll have you in irons! Or, at least, nipple clamps!”) and someone found my blog, that’d be the death of my campaign right there. My words would be hostages.

But I’m not really whinging about how words and images slip further out of our grasp than we expect when we release them. So they should. Live, little pixels! Be free!

Words and images finish up in the eye of the beholder, and we who make them just have to accept it.