I woke up about one in the morning on Monday, and out my bedroom window there was this: 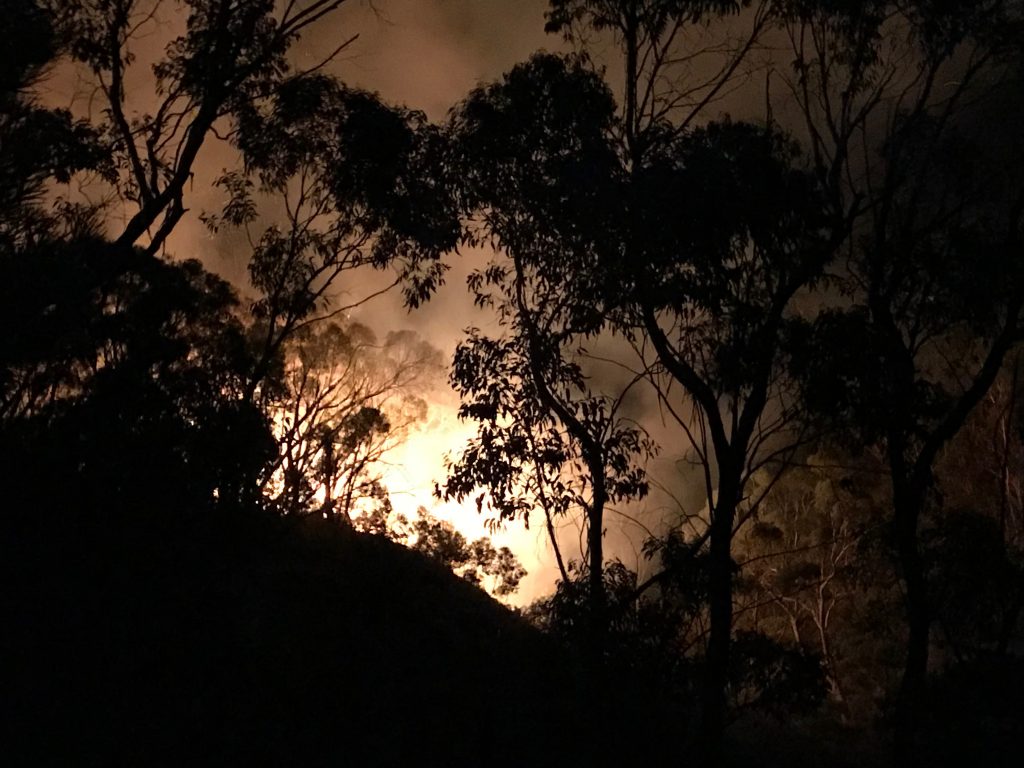 So I pulled clothes on and went outside. Even in the five-ten minutes since I woke up it had spread. And it was closer, now about 50 metres from my house. The firefront now looked like this. 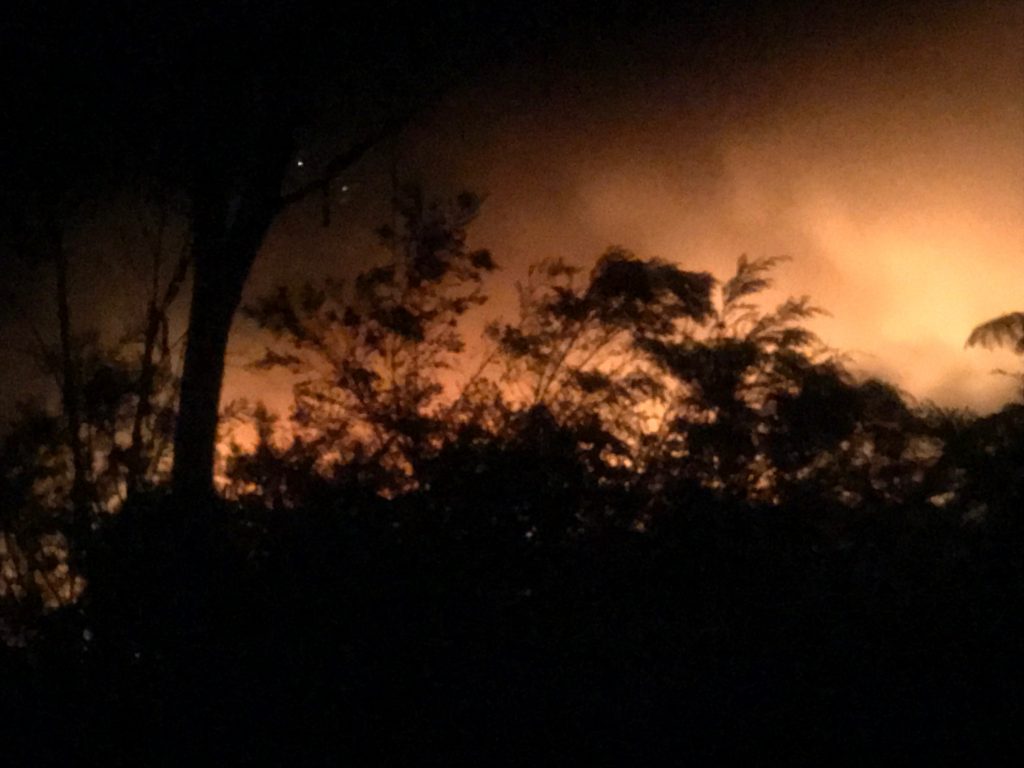 I went off and hooked up my hose pump, and put the inlet in my swimming pool. It can pump out water at the same volume as the pump on a firetruck. Hooked up to the pool it can keep on pumping at high volume for 45 minutes. That should be enough for me to cover my place, and the neighbours on both sides, wetting the houses and the bush around them thoroughly, and then take care of fires started by flying embers.

I primed the pump, started the engine, and… no water came out.

Fortunately the Rural Fire Service people turned up with about ten trucks, and got to work. 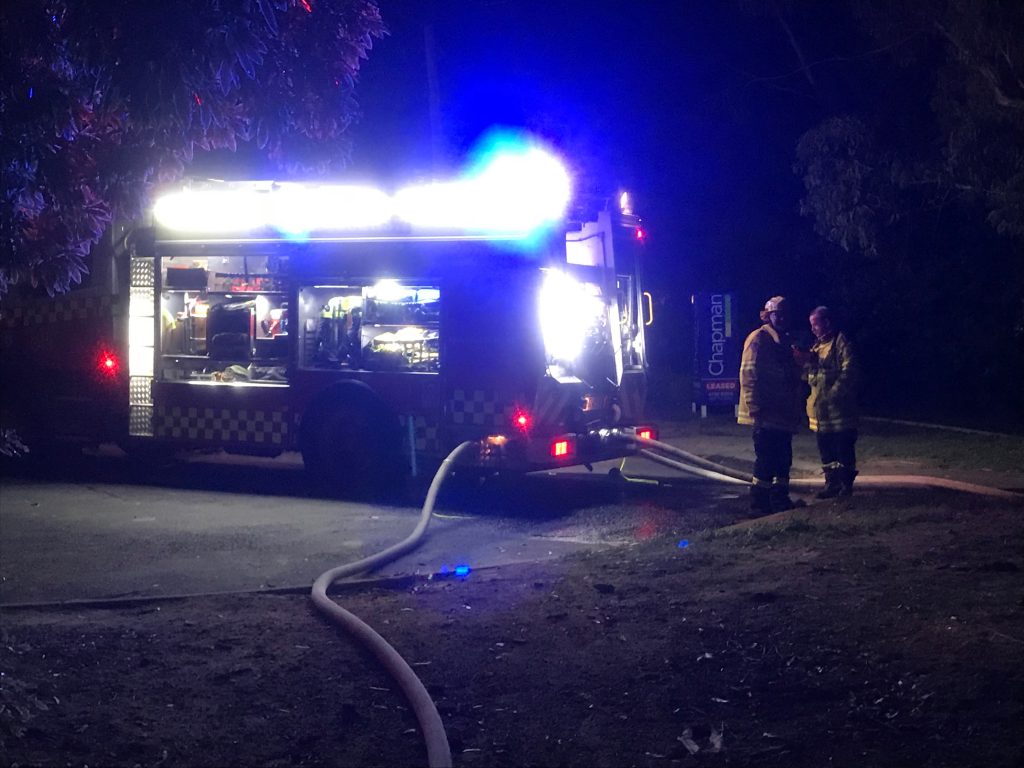 So I ran around, making sure the neighbours were okay, the firies had the access they needed, and stuff like that. I’m not the hero or even a hero; lots of people in the hood were doing stuff like that.

I went back to the pump, and finally got it working. So the professionals were now tackling the fire, and I just patrolled the perimeter, ready to douse any local fires started by embers blowing in the wind. By about four in the morning it was mostly out.

I got back to bed about five, adrenalin and exhaustion battling it out. In the morning I went and inspected the scorched earth. There’s a very clear line between the fire and the green. That line is about 45 metres from my bedroom window. 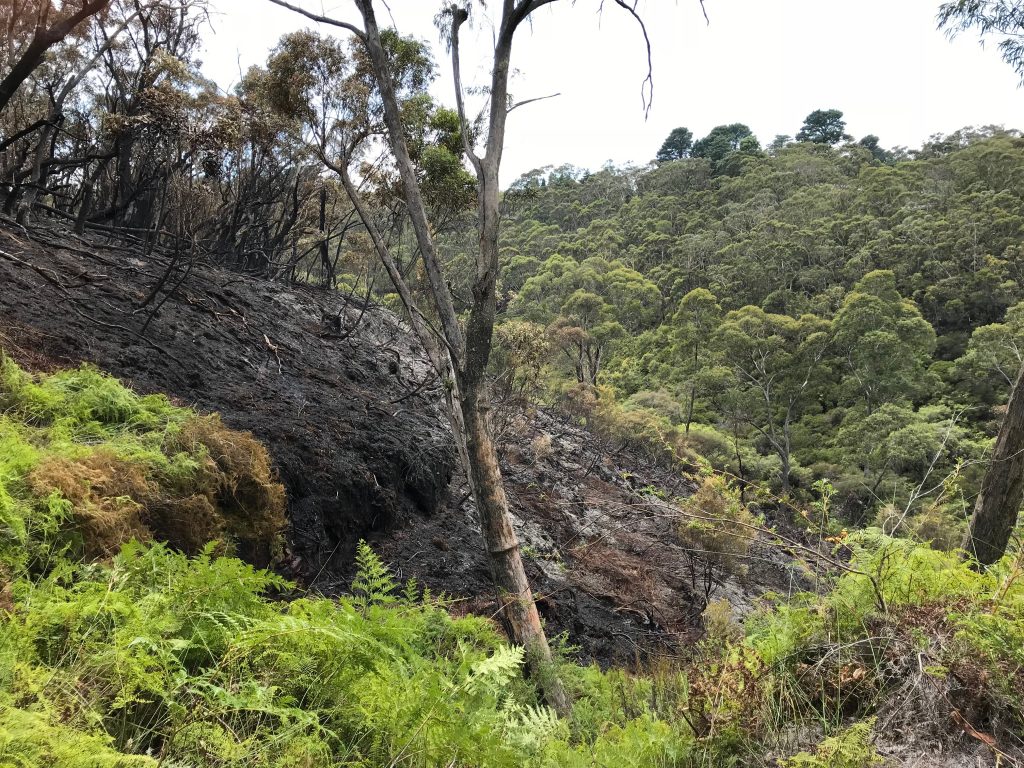 Yesterday, I had a chunk of, well, meat, pulled out of my face, to get biopsied to see if I have cancer. I don’t think I do, by the way. But a biopsy is a significant assault on the body, so all I’m capable of writing, at the moment, is this bit of factual reporting.

I’ve got some thoughts about why we (I mean humans, but possibly especially kinky people) think fire is sexy,

Especially arsonists, it seems. This fire was deliberately lit. People heard four incendiaries exploding before the flames started. But I haven’t got the focus to write about that at the moment.

I’ll write Wicked Wednesday tomorrow morning. And the Fire and Sex post will be Thursday or Friday. Good luck to everybody!

1 thought on “I am the god of hellfire! And I bring you”