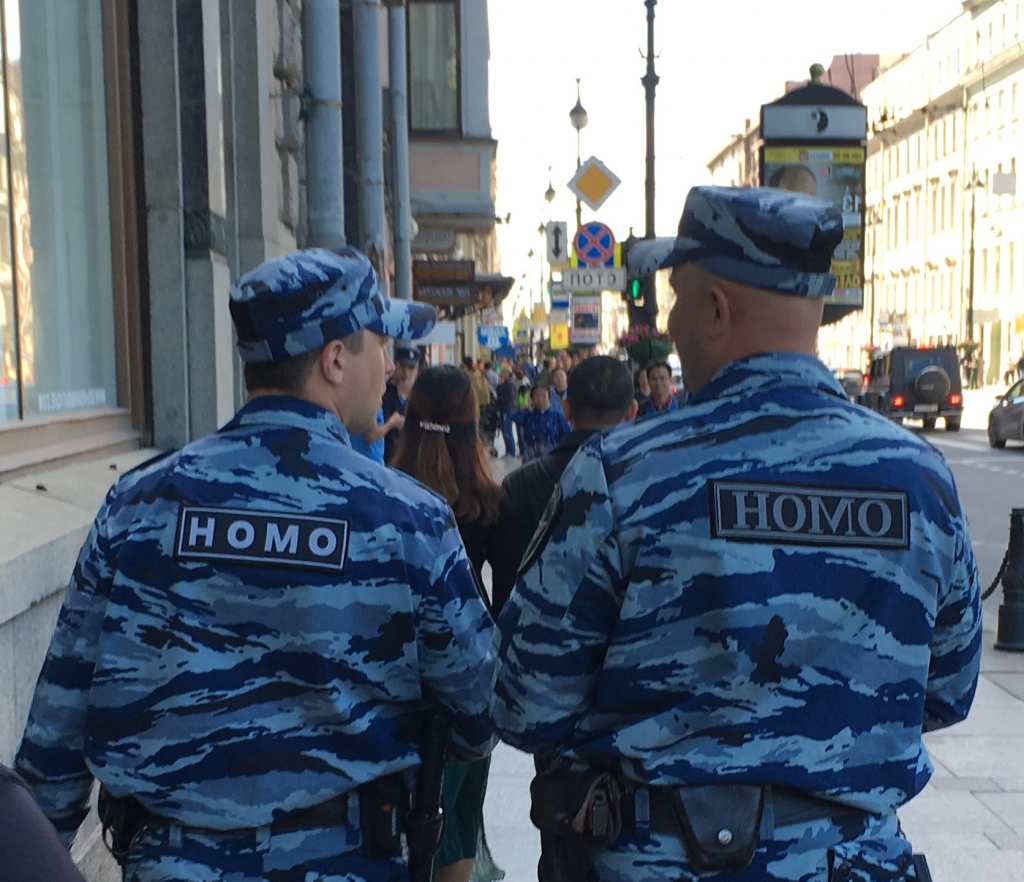 It’s nice when a violently homophobic country like Russia decides to reach out to gays by naming their special police forces in their honour.

These are two officers of the Otryad Mobilny Osobogo Naznacheniya or Special Purpose Mobility Unit, who beat up and sometimes kill civilians at the orders of the Russian government. Gays, lesbians, transvestite and transgender people are frequent targets.

According to Wiki the unit was broken up three months ago. All I can say about that is that I took this photo yesterday, and there are still a hell of a lot of them around.

The previous post was about Russians being cool. Something fairly nasty happened yesterday, which I can’t talk about because there are going to be processes happening about that. But I had to revise that view.

Russians are cool, generally. Really. But Russians wearing uniforms are the faecal-matter-in-skinbags scum of the earth: stupid, corrupt and brutal. Long, nasty story, not for here. Anyway, here are two paramilitary cops wearing the names of people they hate.

(I flipped the image horizontally. Butterfingers!)

2 thoughts on “Homo-phobia: stay away from Russians in uniform”