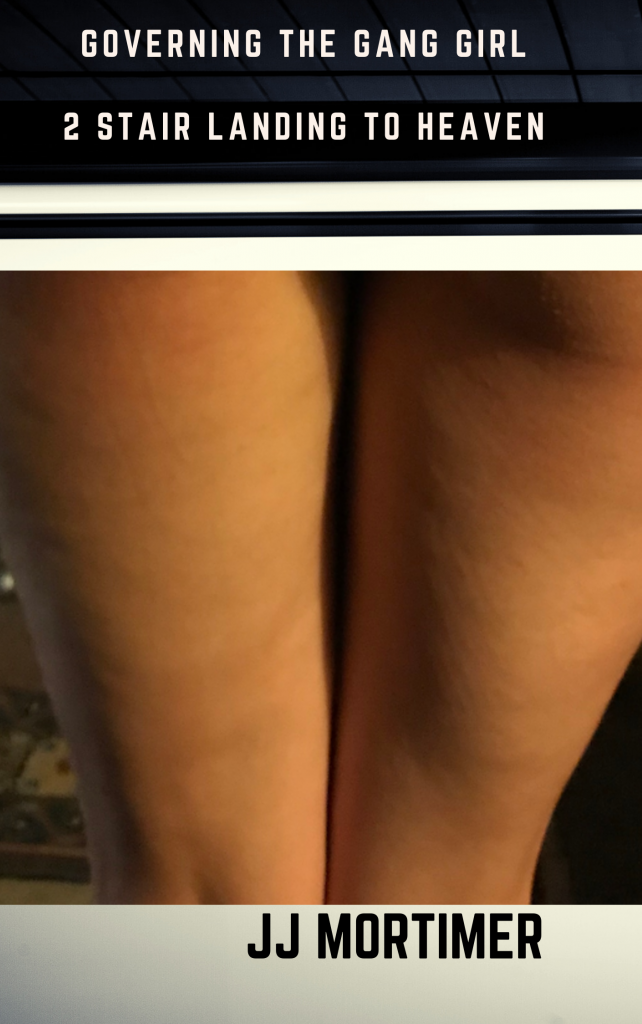 In this episode, Jack has unzipped, and put on a condom. Charmie, her bottom red as a fire-engine and warm as a house fire, arches her ass, inviting him.

And then there are voices in the kitchen, below them. Jack tugs his pants up as Zerlina, Charmie’s older sister, appears at the bottom of the stairs. She has another woman with her.

Unfortunately, I’ve had to remove the actual text, because this excellent and very sexy book is being submitted for sale through Amazon, Barnes and Noble, Apple Books, 24symbols, Angus and Robinson, tolino, Rakuten Kobo and Vivlio. Very soon there’ll be a page where you can choose your favoured book supplier. As soon as it’s up I’ll put the link here!

Governing the Gang Girl 2: Stair Landing to Heaven: what’s it about?

Troubled young Charmayanne Else is a former member of a neo-Nazi gang, who had come to her senses at least and left. She agrees to be interviewed by journalist  Jack Molay. They soon realize that despite their differences they’re attracted to each other. Soon after that they discover that Jack is a Dom and Charmayanne is submissive. And she has much to atone for.

They head for her bedroom, but stop on the stairs. Charmayanne begins her atonement, and their sexual games become steadily more intense. Until there is a sudden and surprising interruption…

Charmayanne seems to be enjoying her transition into submission. But can she let herself surrender as deeply as she desires? To find out, get yourself a copy of Governing the Gang Girl 2: Stair Landing to Heaven!

A link will (soon) be here!

26 thoughts on “Governing the Gang Girl 2: Stair Landing to Heaven 28”