I’ve written two novels, and one day will write the third in the trilogy, about a probation officer who spanks and then fucks one of his clients. In the novel he is fired, and decides he should never again work with clients. Other complicated things happen.

I’ve been a probation officer. But I’ve never fucked, or spanked, one of my clients. Though I did meet one client after she’d finished doing probation and I wasn’t a probation officer any more. We had sex, as we’d wanted to do since we first met, and the conversation we had in the morning about our mutual attraction is part of why that series of novels exists.

This is the other source. I had a client, a girl of eighteen (I was a boy of 21) who kept getting arrested for absurdly trivial offences. She was a Pacific Islander, and impossibly pretty, with huge eyes and a beautiful mouth and – when she wasn’t in a probation office – enough vivacity to power the planet.

It was obvious that the cops were gunning for her. A bit of investigation established that one cop in particular wanted her in jail, where he could rape her. That’s how the system worked.

So I was preparing a case against him. She didn’t trust a white guy involved in what she saw as law enforcement, so it was always hard getting information out of her, and she never really listened to the things I said to her.

Anyway, I was a probation officer as part of my degree in social work. It was a practical part of the course, called a “placement.” And my supervisor went round visiting all the students doing placements.

He was as abrupt and challenging as he knew how to be, and said I should be doing more to make a difference.

I later learned that this was how he was approaching everyone, to see how they’d react, but I didn’t know it at the time. I was quite badly shaken. Then he took us out to lunch, where wine was served.

My first client interview after that lunch was this girl. As usual, she sat, mostly looking at the floor, while I tried to tell her how to avoid getting arrested, and to report police harassment. We were getting nowhere.

Finally – my shaken state of mind, and the wine drove this attempt – I told her how frustrating this was. I said I wasn’t part of the law enforcement system; I was doing my best to keep it off her. I said we should know more about each other, and then we should actually talk. She glanced at me briefly and went back to staring at the carpet.

I had the urge, very strongly, to use a particular tone of voice and tell her to Come here! And I’d make her pay attention to what I wanted her know about how to handle cops without getting arrested, and why she shouldn’t let her arrest record get any longer. And of course she was very pretty, and I’d learned that, though I couldn’t see it myself, I was a pretty boy; it wasn’t hard to imagine what would quite probably happen after that attention-getting spanking.

I realised I was being, from her point of view, as bad as the cops. If I did what I’d just imagined I’d be far, far worse than them.

So I finished, kind of lamely, “But that’s up to you, of course.”

And so I stood at the door of some very bad things. And I shut that fucking door.

I’m not sure how near a miss it was. The urge was very powerful. My brain knew me well enough to couch it in terms of being real and doing good. But I knew I wouldn’t be able to live with myself if I actually did anything of the sort. Even in a more than slightly fucked-up state of mind that was stronger. Thank fuck for that. 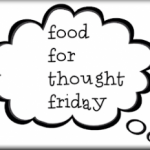 I got the Probation Service to warn the cops, which knocked the harassment on the head. For her, at least.

I should say I don’t want or expect any applause for resisting an obviously nasty and destructive impulse. Nor do I think I deserve much condemnation for having an evil impulse. No one has a spotless mind. It’s what you do about its worst impulses that counts.

3 thoughts on “Food for Thought Friday: A near miss”

Leave a Reply to My Naughty Ideas Cancel reply