I’ve been sick, as I mentioned, lying about in bed reading policiers. Ed McBains, and some British stuff.

The most interesting was A Pinch of Snuff by Reginald Hill. It’s a book about two British cops, Dalziel and Padcoe. They got made into tv cops in the 1990s, I think. I’ve not seen the tv show, but the book’s better than I expected. I could probably read a couple more before I get bored with them.

This one was was set in the 1970s, with bosses calling their women workers girls, and most of those girls working as nurses or banging on typewriters. And feminists being a sexual threat who might just steal a man’s wife away. 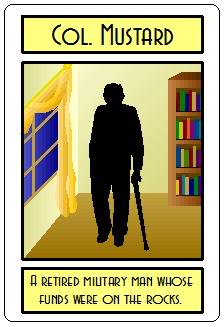 With a rope, in the library. Found with six of the best across his bum. Ha ha, pervert.

There was a masochistic villain, who got murdered and no-one minded because he was a filthy pervert. He’d recently had six of the best with a cane, probably paid for, when they found his body. The cops thought it was funny. The writer, Reginald Hill, seemed to think that “masochism” was a good trait to give a villain who turns into a murder victim.

I didn’t really bother getting indignant about the bigotry. It was just of its time.

We’ll know we’ve made it to respect when there’s a television series about a smart bdsm-loving detective  who solves crimes with her gender-bending role-switching partner.

In the meantime, in crime shows and movies, masochists will be portrayed as unsympathetic victims, while a character who is revealed to be a “sadist” is almost certain to turn out to be the murderer.

I think the the “Dalziel and Pascoe” tv show is set in the present, but it shouldn’t be. The book was as distant and quaint as Dickens’s London.

In spite of that I quite enjoyed it. If you get indignant about finding the prejudices of the past in books that were written in the past, you won’t be able to read Jane Austen, or Biggles books, or Goethe, or even Henry Fielding.

As well as reading, I’ve been drinking hydralite drinks to stop myself dehydrating. There’s more, but the rest is too damn pitiful to write about.

But while I was down with some hideous viral thing, a sentence I’d written kept coming back to me. The sentence was something like this: “When I cane her, I cane hard.”