My shop is now open! 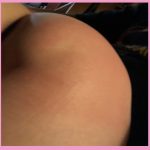 It’s selling the longest, sweetest and sexiest schoolgirl spanking saga ever written. So far there are nine volumes, and there are probably another five still to be written. But at the speed at which I’m creating things now, they’ll be ready, with happy endings for all concerned, a little later this year.

But reading “Jennifer’s Pleats and Pleas” isn’t about the destination; it’s about the journey. Buy it now!

Another saga will commence shortly: In the Realm of the Sensei. It’s based loosely on the adventures of a friend of mine who was teaching English in Japan for a while, and will then move on to some of my own adventures in post-war Vietnam. So there’s always more, coming to the store.

Above all, I say: Come visit my shop!