I’ve mostly ignored the pick-up community. On this blog, obviously, but also in my life.

1  Better a person than a method

The main thing I know about encouraging a woman to want to fuck me is to talk to women I fancy and think are interesting, so that I’m enjoying myself whatever happens. That way, though I hope she’ll want to take me to her bed, or flop into mine, I can be relaxed about it. I try to be funny and clever, and let her talk what I probably think is most of the time. (Which means that she probably does about half the talking.)

At some stage there’s a pause, and a moment, and then we look at each other, and we might decide that it’d be a good idea to kiss. Or else not. But if the pause ends in kisses or a held hand or a held thigh, then more physical stuff is likely to happen, after which we take it outside. And then we take it home, hers or mine.

That’s how most sex has happened to me, anyway. But it isn’t the PUA (pick-up artist) way.

Of course, it’s fine that the PUA approach doesn’t suit me. My approach is my approach because it’s what works reasonably well for me. I’m better at talking than anything else, so I stick with what I’m best at.

I’ve seen guys impress and attract women on the dance floor, where it’s damn near impossible to say a word. So I know that that works. It just doesn’t work for me. People don’t actually see me dance and run away in horror, but that’s all you can say. No-one has ever seen me dance, and, as a consequence, wanted to fuck me.

So don’t go for formulas. Keep the sun out of your eyes and be yourselves, that’s the spirit*.

But there’s more wrong with the PUA mind-set than just the fact that it doesn’t suit me. 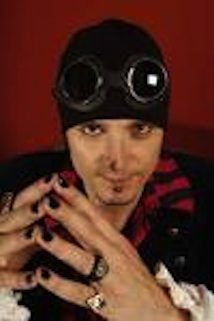 PUA guru Mystery. He’s wearing a ski hat with sunnies, which is his idea of “peacocking”. I thought it was pilot headgear at first, which was more interesting. I’ve got an old-fashioned pilot’s hat and goggles thing that I sometimes wear to parties, so I do peacock. Wouldn’t wear the Biggles gear to a bar, though. Not in the mountains, hey?

Take the “neg” thing, where the PUA says something to the woman that sounds like a compliment, but also  undercuts her. Like, oh, “Like your hair colour. Are the roots meant to be showing?” Or, “That’s a great dress. And brave of you to wear it.” Or some such.

The idea is that attractive women get compliments all the time, and handle them complacently, reading them as, “please pay attention to me, you goddess.” So they ignore those approaches.

A neg is supposed to be more interesting than a straight compliment, and because it includes an element of put-down, it’s supposed to make the woman feel that she needs to work for the respect of the man who negged her.

So it’s manipulative, and that’s creepy. It also seems pointlessly unkind. Why would you say something calculated to make the person you’re with feel slightly worse? Especially if you actually fancy that woman?

Even a single night in bed is a relationship. It seems odd to want to start any sort of  relationship based on putting the other person down.

If you use negs, and other “techniques”, you turn yourself into a method and not a person. I might get sex from a method but I wouldn’t get the affirmation and, oh fuck it, the ego boost I get when someone meets me and decides she wants to fuck my lights out.

Worse, it’s a sign of contempt. You could only bring yourself to neg someone if you think they’re dumb enough not to notice, and unassertive enough to feel a little worse about themselves rather than realising that you’re a toxic fool who should be avoided.

So the put-down isn’t the specific content of the neg, but the fact that you even chose to try one.

So that’s one part of my lack of interest in PUA and “game”.. 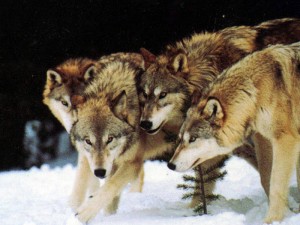 There’s also the talk about alpha and beta males you get on PUA boards and sites.

I’m not a biologist or animal psychologist, but I’m interested in n how ethics works across species. Also, in some parts of Africa and Asia, when you get out of your vehicle it can be handy to know about the likely behaviour of pack or herd animals that can kill you.

I’m snob enough not to want to have much to with people who write ignorant bollocks about how animal heirarchies work. Mostly they’ve only read some dated stuff about wolves, and about non-human primates, and tried to apply it to humans. This is doubly stupid: first, their model is wrong about every animal species I know something about.

For example, most alpha males aren’t all that aggressive, and they spend a lot of time making sure everyone else in the troupe or pack is fed. And alpha males generally don’t keep their position unless the alpha females support them. They don’t control who gets the sex in their group, because the females fuck who they want to. The females initiate a lot of the sex, and it seems that they like youth and good looks more than alpha status. Alpha males aren’t the aggressive ones, and they aren’t the studs: basically, they’re politicians.

Second, you can’t even apply models from chimps to bonobos, let alone from wolves or chimps to humans. It’s just embarrassingly stupid.

Also, the homo sapiens guys who think of themselves as alpha males, as they understand the term, tend to strut about doing a lot of body language and oration. And that’s just tedious.

For example, there’s the PUA “teacher” Julien Blanc who recommended that guys just go up to women, grab their heads and push them down towards the guy’s crotch. He showed footage of himself doing just that, in Japan. He got away with it, because he’s a gaijin, so the girls laughed because they were shocked and embarrassed about how weird and offensive he was being.

In Japan, laughter doesn’t necessarily mean the person laughing is having fun, or that they are enjoying you being around. Blanc was too stupid and arrogant to bother knowing anything about Japanese culture. It’s a pity no-one called  a cop or kneed him in the bollocks: he couldn’t claim he didn’t understand that.

Blanc also recommends that men wear down women’s “bitch shield” (which seems to mean reluctance to spend time with Blanc or his “students”) by commanding them to “get down on your knees, call me Master, and BEG ME to kiss you.”

If they want to be any good at domming, doms have to learn a lot about power and how to exercise it. And also how to not exercise dominance and power. At work, for example, I keep a very firm lid on all dom signs: body language, tone of voice and so on. As much as I can manage I’m mild-mannered Clark Kent, very polite and unassuming. In fact, I’m like that everywhere, except in the company of a submissive woman who knows who she is and who I am, and who has explicitly given me her consent.

But it is true that a man can give a woman (some women) small commands, and make the orders bigger by degrees. He can also make the orders more and more explicitly sexual, after that third glass, and he’ll probably get away with it. He may get her undressed and himself on her body. He may get a fuck out of it.

It’s just … Afterwards, she may be happy with that and she may not be. She probably wasn’t raped, in a legal sense, but she has good reason to feel that she was conned and manipulated. It’s rape-ish. Not necessarily a prosecutable crime, but certainly bad behaviour.

* “Keep the sun out of your eyes and be yourselves” is said by the bad guy in Cherry 2000, whose dialogue is a mix of feelgood psychobabble and psycho-killer babble. I’m going to watch Cherry 2000 again soon. It’s probably terrible, but I’m curious to see if I’m still in lust with Melanie Griffith. There was something about her sullen face and squeaky little voice that deeply appealed to the schoolboy Jaime Mortimer. Phwoarr, I thought. Hope I still do.