The vagina is in a sense part of the outside of the body. (Germaine Greer got in trouble for pointing this out, a few years back; but for once the mad old bat was right). It’s not a hole; more like a fold, or an indentation, in the body, a thick-skinned one, evolved to deal with the outside world and with intrusions.

In a strict medical sense the anus can also be said to be outside the body, the same sense in which the whole system involving the mouth, the throat, stomach and entire alimentary canal, is outside the body. Think of it was the inner part of a tube; the interior curve of a tube is still part of the exterior surface of the tube. Or, if you like, think of a tea-cup. You put tea “in” the cup, but the tea-receptacle part of a cup is still outside of the cup itself. Inside the cup, it’s porcelain.

But still, the hell with science and medicine. 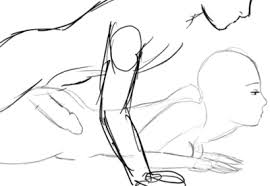