There’s a story from Australia. A naval officer, John Jones, was holding spanking sessions with a young woman who was a junior sailor on his ship, the HMAS Sirius. He claimed she needed extra training, and spanked her over his knee, on her clothes at first and then bare bottom. 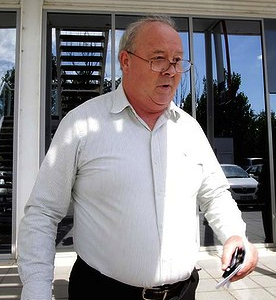 That kind of argument would have more merit if he wasn’t an officer and she a low-ranked sailor on the same ship. At that point there’s no way a court-martial could treat it as a personal, sexual arrangement. I don’t think Jones ever actually made “bend over” an order, in the naval sense, but he was pulling rank. Rank among other things, to get all “as the actress said to the bishop” about it.

The young woman finished up complaining and helping the navy to get a sound recording of him saying something incriminating, so she can’t have been completely happy. Though that probably wouldn’t have been enough to get him in so much trouble, if it wasn’t that he was in her chain of command, at least indirectly.

The media reports have been careful not to say anything about her side of the story. For example, I can’t help wondering if she ever thought it wasn’t sexual. At least sexual for Jones. It’s an odd situation, though.