Ents are walking, sentient trees, mentioned in Tolkein’s Lord of the Rings. They’re on the verge of extinction because they reproduce sexually, but the female Ents all went wandering thousands of years ago. The tribes of male and female Ents have lost contact. This is what became of them, in a dream I had the other day. 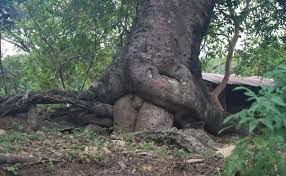 The male Ents and the female Ents bump into each other in what I think is a mall in Luxembourg. They’re very excited.

Obviously getting wood isn’t a problem, but they move so slowly the humans didn’t realise they’re having sex.

So people just think it’s an arboretum, and that someone must have put it there, which is nice of whoever it was. People eat their lunches in the shade of the fucking Ents.

Unfortunately a news crew does an item on the mystery forest, and accidentally plays the footage on TV on Fast Forward.

Suddenly people realise the Luxembourg Mall forest is having sex, and are scandalised. 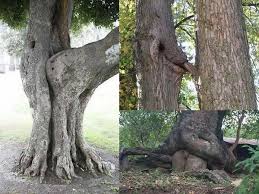 Think of the children, newspaper columnists cry! Having their eyes exposed to inappropriate behaviour, very slowly.

Religious leaders whip up a torch-bearing mob to drive out the Immigrant Mutant Trees, who are mocking decency and God.

Others come out to support the lovestruck Ents, who are just acting naturally, especially after such a long separation. So there’s a huge fight in the shade of the fucking Ents, which the Ents ignore, because they’re slowly getting busy.

But there’s a lot of Ent in the air, and many of the humans on both sides are pollinated. 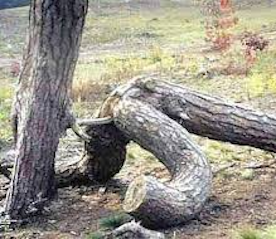 The Tolkien Estate disowns them.

2 thoughts on “A dream about Ents”