This post looks at what those sexual tastes and orientations were doing there in the first place.

They were in the ICD in the first place for two entirely spurious reasons. The first is simply  bigotry and social disapproval, often but not always religiously based. The second was non-empirical theorising by pre-scientific writers on sex and psychology. 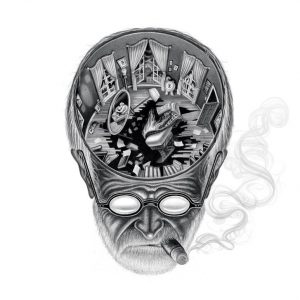 Freud is perhaps the most important culprit, because he managed to found a cult around himself and his musings, so that his influence lingered far longer than, really, it should have. 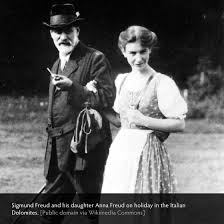 The less sexy meaning of “please don’t spank me, Daddy.” Anna Freud walking  with her father, spanker and psychoanalyst Sigmund.

Any modern therapist belonging to a professional association who did something as unethical (for multiple reasons) as that would get struck off so fast it’d make their ears spin. 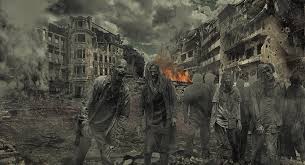 Apocalypse now! Zombie “sadists” and “masochists” celebrating their victory over the life force

Have I digressed yet? And, Freud wrote, the Earl of Oxford wrote Shakespeare.)

These and other predictions were eventually tested. Not, it goes without saying, by Freudians.

For the results, tune in the same time and place next week.