The Australian Study of Health and Relationships (ASHR) is the most important study of sexual and repro­ductive health in the world, at the moment.

It’s got the biggest genuinely random sample (20,094 men and women aged 16-69, contacted by land lines or mobile phones), and it included questions, including on kink, that other surveys haven’t touched.

Triumph: most people are emotionally and sexually satisfied

That’s the triumphant result of the survey. You can spin the survey results in various ways, and it definitely uncovered some worrying things, especially the amount of sexual coercion directed at women and girls. But the biggest finding, the headline, for me is sex-positive rather than sex-negative.

The background radiations that permeate our sexual universe are satisfaction and happiness. (And terrible metaphors.)

So Australians seem to be having less sex than they were 10 years ago. There are two possible explanations. One is that people are bringing Twitter and Facebook and work emails to bed, spending time with their pads rather than their partners, and falling asleep when they’re exhausted.

Another theory is that there’s less “service sex” happening, where the woman lies back like a floppy dolly and lets the man have a fuck because he wants one and she doesn’t, but she feels like being obliging. Women are doing less of that, because feminism.

One thing that counts against that second theory is that both women and men want more sex than they’re getting. Most people said they’d like to have sex about 2–4 times a week.

So maybe those people in relationships need to put down the Twitter and the work emails, and talk to each other. Talk about sex. Shoop.

Tragedy: how men get more committed over time, and women get less

There’s one other fact that emerged from these questions. It’s that men get emotionally and sexually happier as their relationship lasts. They start out wary, and become fully committed, and mostly that deepens as the relationship continues.

Why? Well, there’s the “la donna e mobile” (women are fickle) theory. Men are slow and steady; women are quick and changeable.

Another theory is that men stop doing the work necessary to sustain the relationship and keep their partner happy. Once the man feels settled, he takes his lover for granted, and assumes that she is settled too.

I’ll let those two theories fight it out. In the kitchen. Throwing things is okay.

That’s a tragedy for many individuals. To the extent that it’s part of the human condition, it’s a tragic fact about people. 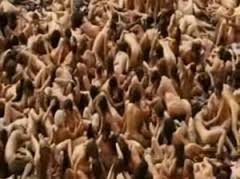 But to finish, we’ll go back where we started.

The overwhelming majority of men and women are very to extremely satisfied, sexually and emotionally, with their lover.  That’s good. That’s remarkable. So the big story is triumphant.

36 thoughts on “The Australian Sex Survey: Triumph, Trouble and Tragedy”